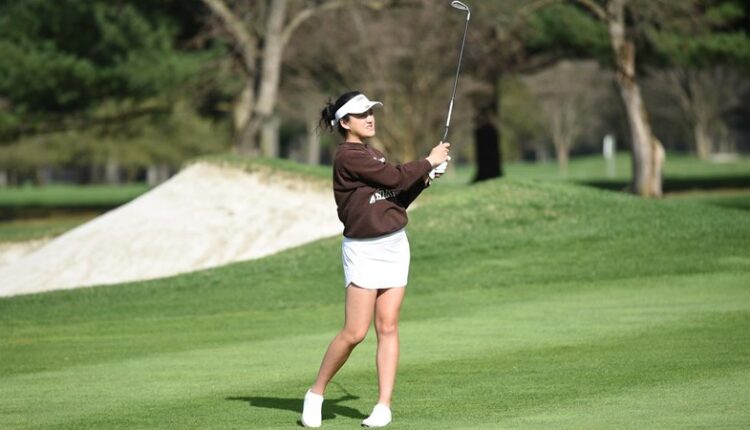 BETHLEHEM, Pa. – Lehigh sophomore Sophia Taverna has been named to the Academic All-Patriot League Team for women’s golf, the league announced Tuesday. Taverna competed in seven of Lehigh’s nine tournaments during the 2021-22 season and was also one of the Mountain Hawks’ top performers in the classroom.

To be eligible for the Academic All-Patriot League Team, a student-athlete must have at least a 3.20 cumulative grade point average and be a starter or key player in his/her sport. Freshmen or students in their first academic year at their school are not eligible for the honor. The team is voted on by the league’s sports information directors.

Taverna carries a 3.95 GPA as a finance major. The Holmdel, NJ, native made the Patriot League Academic Honor Roll in 2021 and has made Lehigh’s Dean’s List with GPAs better than 3.6 in each of her first three semesters including perfect 4.0 marks in the fall 2020 and spring 2021.

This season, Taverna posted an 81,375 scoring average over 16 competitive rounds. She shot a low round of 74 in round two on the way for tying for 11th place at the Navy Fall Invitational. Taverna was the low Mountain Hawk at the Lehigh Invitational in October, shooting 77 to tie for fourth place at the rain-shortened event. She tied for 22nd at the Patriot League Championship last month at Navy.

Flair Kuan from Boston University was voted the league’s Scholar-Athlete of the Year.

Watch: Going Beyond the Script of ‘The G Word’ and How Government Responds to Disease (Or Not)