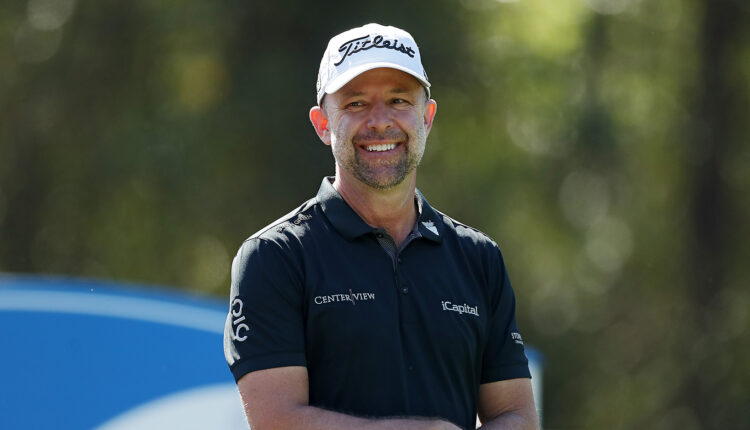 As Labritz learns the ins and outs of being a touring pro, he’s willing to help fellow PGA club pros live the same dream.

Of the 20 club pros who qualified for last week’s PGA Championship at Southern Hills in Tulsa, Oklahoma, one called Labritz seeking advice. He was thrilled to share what he could with Casey Pyne, 33, a PGA assistant pro at the Stanwich Club in Greenwich, Connecticut, who was playing in his first PGA Championship.

“Casey Pyne called me up and asked a bunch of questions, which I thought was really smart,” Labritz said. “But yeah, anytime I can just give guys knowledge and tell them what it’s like to get out there, I’m happy to do so.”

Pyne said he has competed against Labritz, who played in eight PGA Championships and twice made the cut, a number of times in the PGA Metropolitan Section.

“So I’d say the No. 1 piece of advice he gave me was not to play with fellow PGA professionals,” Pyne said. “He said, ‘Go to the range, walk right up to Dustin Johnson and say, ‘I’m Casey Pyne. Do you want to play a practice round?” I hopped in a couple of really good groups.

“Monday, I played with Max Homa, Talor Gooch and Adam Hadwin. Tuesday, I played with Francesco Molinari. What an experience to play with a British Open champion. Just to watch him around the greens. Watch how he prepared. I had to remind myself that I wasn’t just there to learn but I was playing, too.”

Southern Hills got the best of Pyne, who didn’t make the cut. Still, he called it a great learning experience, one that he hopes to get as many cracks at as Labritz.