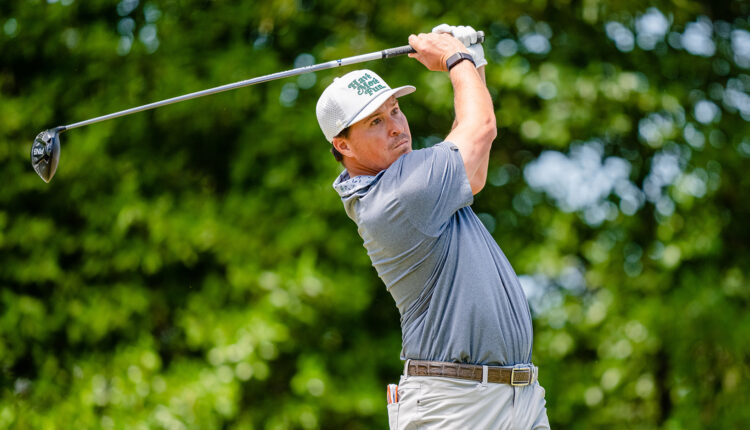 Roy, whose father played a handful of events on the PGA TOUR, Korn Ferry Tour and PGA TOUR Champions, was inspirational enough while he was growing up. But he played a few different sports as a youngster including high-level basketball in the winter. He went to Long Beach State University in California and had a solid season as both a junior and senior. He moved to Tampa, Florida, after school was finished – an ideal spot for year-round pursuit of golf at the highest level – and has been based there ever since.

“(After college) I figured, ‘Let’s give this crazy game a shot,’ and I’ve been at it ever since,” said Roy.

Now he’s on the cusp of earning a TOUR card for the first time.

More than halfway through the Korn Ferry Tour Regular Season, he sits 32nd on the Points List. His initial goal was to arrive at next week’s The Ascendant presented by Blue with a cemented place in the top-75 on the Regular Season Points List – and resultant job security for 2023. That job is done.

And now with plenty of momentum on his side – plus a ton of fun and family support – he’s hoping to take that next big step.

“If you told me I was going to be No. 32 (on the Points List) two months ago, I probably would have laughed at you,” said Roy. “Now we’re trying to close in on one of those 25 TOUR cards. I’ve seen all the courses we have coming up, and most importantly I’m just going to keep trying to have as much fun and keep laughing out there.”

Dad, no doubt, would be proud.