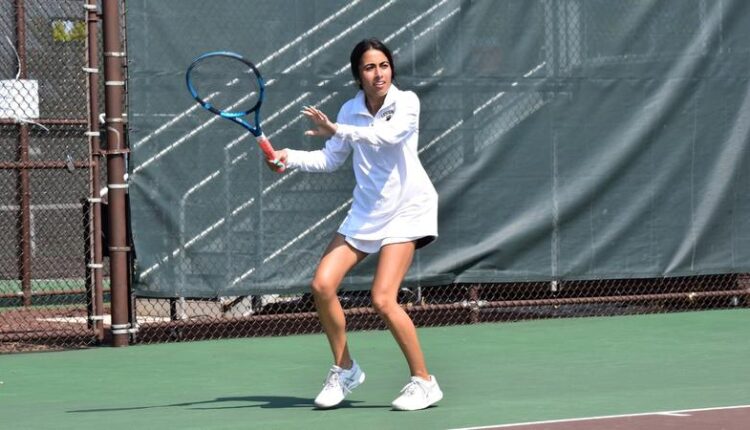 WEST POINT, NY – The Lehigh women’s tennis team wrapped up a weekend full of tennis at the Army Invitational on Sunday afternoon. Two Mountain Hawks competed in consolation finals but were unable to bring the titles back to Bethlehem.

Junior Megha Dania was the second Mountain Hawk to compete in a consolation final on Sunday afternoon. Throughout the weekend, Dania defeated opponents from Sacred Heart, Villanova and Quinnipiac to qualify for the Flight C finals. The junior competed against Army’s Sophie McKenzie before falling 8-5.

First-year Bella Peters was one win away from securing a spot in the consolation finals this weekend. Peters defeated Jasmine Caballero from Bryant 8-2 in the quarterfinals but was unable to get past Fairfield’s Lucie Tuttle. Tuttle defeated Peters 8-4 in the Flight E consolation finals.

Lehigh will wrap up the invitational portion of its fall season next weekend. The Mountain Hawks will travel to Princeton, NJ to compete at the ITA Regionals. Competition will begin on Friday, Sept. 30 and will wrap up on Monday, Oct. 3.

The nation’s debt limit serves no purpose. It should be eliminated | Bruce Ledewitz

Inside Pa.’s proposed ‘Parental Bill of Rights,’ which critics are calling homophobic