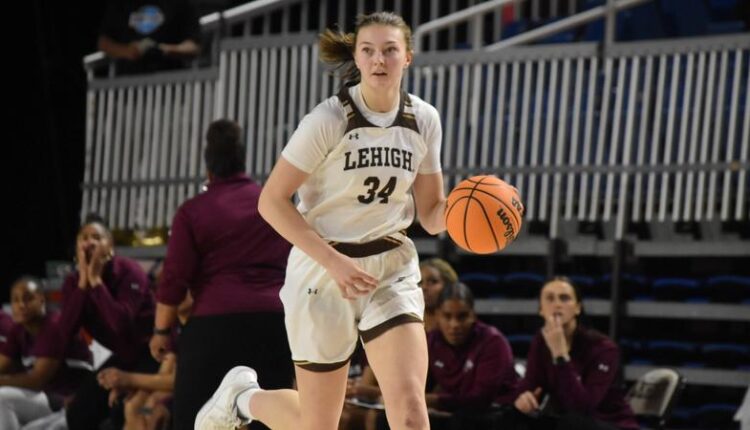 BETHLEHEM, Pa. – On the first day of the Christmas City Classic presented by SureStay PLUS Hotel by Best Western Lehigh Valley Hotel and Conference Center, it was Southern Illinois, who got the best of the Lehigh women’s basketball team, defeating the Mountain Hawks 87-81 Saturday afternoon .

This was the Salukis first win of the season, as they are now 1-4. The Mountain Hawks are 2-4.

“I thought both teams competed really hard,” said head coach Addie Micir. “We knew both teams were going to want to get up and down the floor, and we did. It was a fun game to watch.”

Lehigh will have less than 24 hours to prepare for his next game as the Mountain Hawks return to action on Sunday at 12 pm vs. Quinnipiac. It will be the fourth-ever game between the two teams.

“Our team will watch the first game a little bit too, and we are going to see where our strengths are going to play into it and come back tomorrow and be the best version of ourselves,” Micir said.”

Frannie Hottinger and Mackenzie Kramer combined for more than half of Lehigh’s points on Saturday. Kramer led the way with 28 points while Hottinger had 21 points. Ella Stemmer, who had 11, was the other Mountain Hawk to finish in double figures.

One of the main differences in today’s game was turnovers. Lehigh had 22 compared to nine from Southern Illinois. The Salukis had 27 points from turnovers.

Southern Illinois controlled the paint Saturday with 42 points, while Lehigh had 26 points in the paint.

“We showed we can score, and it was physical,” Micir said. “We just have to find a way to do us well. We found ways to draw fouls when we needed to, and again, we did it. We just didn’t do it good enough.”

There were a combined 95 rebounds between both teams. Lehigh had 50, and Southern Illinois had 45.

Anna Harvey led the way with six assists. Harvey has taken on a bigger role as the starter. The senior played the second most minutes in Saturday’s game.

“It’s something that we knew she could always do” Micir said of Harvey’s role increasing this season. “Her role last year was the role because we knew there was someone ahead of her. What she has always done throughout her career is stay ready. When her number is called, she knows it’s her time to go, and that’s something I’ve always admired about Anna. No matter what, she’s stayed positive through it all, and it’s prepared her to do this.”

The Salukis had five players finish in double figures. Ashley Jones had a team-high 16 points, Laniah Randle and Jaidynn Mason both had 13, and Promise Taylor, and Tamara Nard had 11 as well.

Sunday’s game will be broadcast on ESPN+.