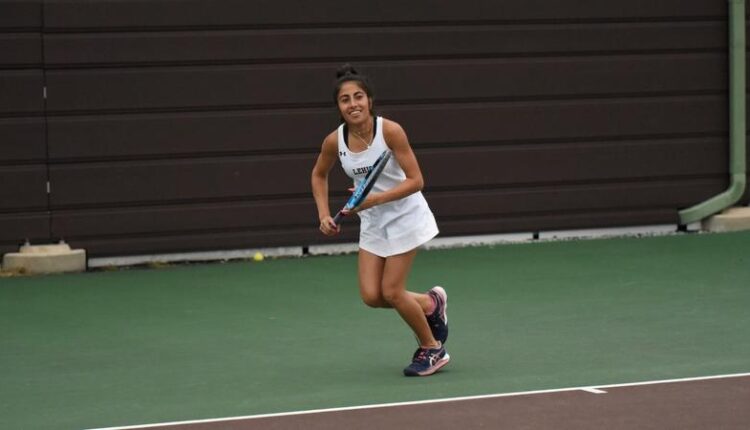 PRINCETON, NJ – Five members of the Lehigh women’s tennis team traveled to Princeton to compete at the ITA Regional Championships over the weekend. Two Mountain Hawks picked up wins during singles action while one Lehigh duo picked up a win during doubles.

Junior Megha Dania and first-year Avery Hopkey both secured wins during singles play in their first ITA Regionals weekend. Dania defeated Hofstra’s Kaitlyn Ferguson 6-1, 6-0 to secure a spot in the round of 64.

Hopkey picked up a convincing win against Binghamton’s Maria Pereira-Matos. The first-year defeated Pereira-Matos 6-0, 6-1 in the round of 128.

Dania picked up her second win of the weekend in doubles play with partner Anushka Dania. The junior duo defeated Anastasia Gubanova and Isabella Venter from St. Bonaventure 8-2 in the opening round.

Complete results from the weekend can be found below.

Lehigh will wrap up the fall season on Saturday, Oct. 15 with a match against Monmouth. The Mountain Hawks will host the Hawks on the Ulrich Varsity Courts at 12 pm

What the midterm results say about U.S. voters in 2022 | Opinion