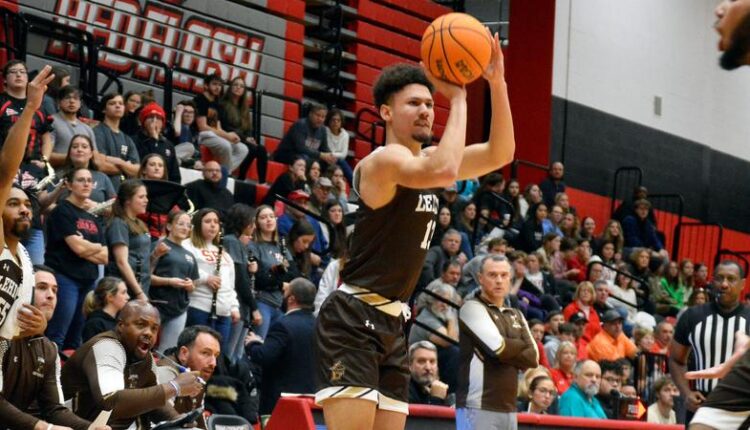 Lehigh (3-2) enters the contest after earning its first road victory of the year and third straight, defeating Saint Francis (Pa.) 82-76 at DeGol Arena on Monday evening. Sophomore Tyler Whitney-Sidney led the team with 18 points in the game after shooting 6-for-10 from the field, 2-for-4 from long-distance and 4-for-6 from the free throw line. Whitney-Sidney added six rebounds and four assists while seniors Evan Taylor and Reed Fenton both reached double-figures in points. Taylor finished with 16 points and Fenton, who played near his hometown of Latrobe, recorded 12 points.

Three Mountain Hawks are averaging double-figures after five games this season, led by Taylor with 12.6 points per game and he also leads the squad with 5.6 rebounds per outing. Sophomore Keith Higgins Jr. follows with 11.8 points and 2.4 assists per game while Whitney-Sidney has 10.4 points and 4.6 rebounds.

Monmouth (0-6) returns to Stabler Arena for the first time since 2019 and is looking for its first victory over the year after a loss to Cornell on Friday afternoon. The Hawks are led by Myles Foster, who is the only Hawk in double-figures and leads the squad averaging 11.2 points and 7.3 rebounds per outing.

Jack Collins is averaging 9.5 points per game which is second on the team leads Monmouth with 10 three-pointers on the year. Myles Ruth and Jakari Spence both have 15+ assists on the year, with Ruth with 16 and Spence with 15.

Tickets to Wednesday night’s game can be purchased at LehighTickets.com or by visiting the Stabler Arena box office prior to tip off.

The Mountain Hawks are back on the road on Wednesday, Nov. 30 when they travel to Princess Anne, Md. to take on Maryland Eastern Shore. Tip-off is scheduled for 7 pm at Hytche Arena and will be on Fox Sports Radio 94.7 FM and 1230 AM.

How Pa.’s incarcerated are doing their part to fight gun violence from the inside out | Opinion