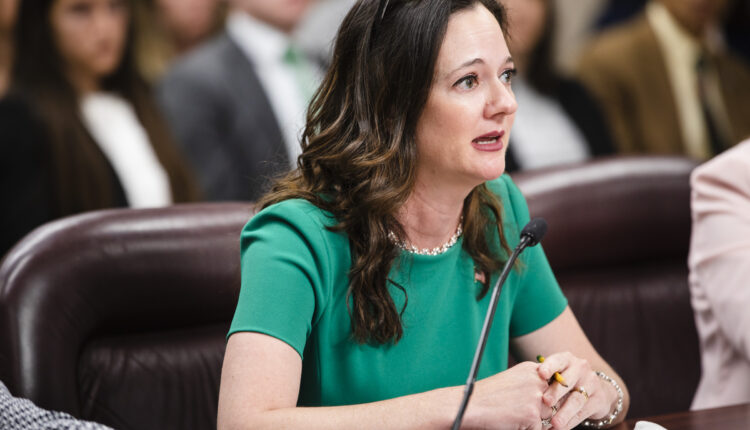 Inside Pa.’s proposed ‘Parental Bill of Rights,’ which critics are calling homophobic

Pledging to give parents more power over the type of content taught in schools, Republican state lawmakers have introduced legislation that would prohibit teachings about sexual orientation and gender identity in certain grades – an effort that mirrors and builds upon actions in other GOP-led states to limit the teaching of certain subjects, particularly among younger students.

The “Parental Bill of Rights” legislation, as proponents call it, would prohibit schools in Pennsylvania – including public schools, charter schools and cyber charter schools – from teaching about sexual orientation or gender identity to students in kindergarten through fifth grade. The legislation quickly earned the opposition of the state’s Democratic governor, and has highlighted ideological differences on education in the leadup to November’s midterm elections for governor and U.S. Senate.

Whether or not to limit teachings related to sex, gender and race in schools has become a nationwide political flashpoint that has infiltrated national and local races alike. Some states, like Florida, Alabama and Tennessee, have already moved to limit such topics from being taught, or have passed legislation that gives parents advance notice of when the topics will come up in the curriculum.

Supporters of the legislation in Pennsylvania say that the proposal would protect young students from content that is not age appropriate – and have criticized Gov. Tom Wolf for promoting gender-inclusive concepts on the Department of Education’s website. “This is a bill to protect our children from gender ideology and sexual orientation being taught in our schools – the same nonsense that is now on the Department of Education website,” state Rep. Stephanie Borowicz, the prime sponsor of the proposal, House Bill 2813, said at a press conference earlier this month.

In June, Borowicz and 20 other state representatives called for the state’s acting education secretary to resign if the content wasn’t removed from the department’s website.

Borowicz and other Republican lawmakers formally introduced the legislation at a press conference last week, where they also heard from parents who expressed concerns about explicit materials in schools.

Fenicia Redman, the mother of a child at the Great Valley School District in Chester County, is suing the school district, Wolf and Attorney General Josh Shapiro – among a host of other local officials – asking a court to order the removal of explicit and obscene content in public schools across the state, including the Great Valley School District.

At the press conference, Redman suggested that the presence of books like “Gender Queer,” “PUSH” and “Tantric Sex” in school districts violates federal obscenity laws. “Search for these titles. Take pictures of it. It’s evidence of a crime,” Redman said at the press event, urging parents to monitor what books are available in their local schools.

Wolf and Shapiro filed a motion to dismiss Redman’s lawsuit on Sept. 15, arguing that they are entitled to immunity under the 11th Amendment and that Redman’s lawsuit contains “no valid civil rights claim.”

Political battles over content that is taught or available in schools has become a major issue among Republicans across the nation. The close focus on curriculum comes as Americans’ confidence in K-12 education dropped from 46% to 42% this year, according to a recent Gallup poll.

However, according to an April survey from Franklin & Marshall College, a majority of Pennsylvanians said they would oppose legislation that bans teachings on sexual orientation and gender identity at lower grade levels. Of the 785 people polled, 53% said they “somewhat” or “strongly” oppose passing a law similar to Florida’s, compared to 44% who said they would support it.

The Florida law, which was dubbed the “Don’t Say Gay” bill by opponents who fear it could have negative impacts on LGBTQ youth, prompted a public feud between Republican Florida Gov. Ron DeSantis and Disney.

Beth Rementer, a spokesperson for the Wolf administration, told City & State that HB 2813 stands little chance of becoming law, noting that Wolf will veto the bill if it reaches his desk.

“Governor Wolf encourages the General Assembly to focus on the real issues facing Pennsylvania’s schools and students this fall, rather than engaging in discrimination and bullying. HB 2813 is an effort to scorch individuality and normalize unacceptance. This legislation denies humanity by reinforcing homophobic ideologies,” Rementer said in an email.

Similar bills introduced in the General Assembly, such as Senate Bill 1278, have also faced criticism from civil liberties and LGBTQ advocacy organizations. The American Civil Liberties Union of Pennsylvania said SB 1278 would create “dangerous confusion about what teachers, staff and students are allowed to say and study in school.” Preston Heldibridle, the executive director of Pennsylvania Youth Congress, said earlier this year that Senate Bill 1277 and Senate Bill 1278 are a “subversive attack on LGBT inclusion under the guise of reasonable limits on sexually explicit content.”

Rementer also said the Wolf administration “supports schools and libraries that honor the dignity of others and enable learners to read and hear stories that reflect their personal experiences.”

“Gov. Wolf supports diversity, equity, and inclusion in schools to ensure that students feel safe and accepted for ultimate success,” Rementer added. “Removing books from school libraries that focus on real, everyday life or true moments in history does more harm than good.”

Republican supporters of the bill, like GOP gubernatorial nominee Doug Mastriano, have pushed back on characterizations that House Bill 2813 represents a book ban. “We need to restore order and restore common sense,” Mastriano said at the press conference introducing the bill. “The idea that we can have non-age appropriate items and books available to kids is not book banning.”

But while Mastriano suggested that the bill isn’t controversial, members of the Pennsylvania State Education Association, a statewide union made up of more than 178,000 teachers and school staff, disagreed. “Working together to support students means supporting all students and recognizing that young people need to understand how to interact with different cultures, different genders, and ultimately, different societal viewpoints,” said Chris Lilienthal, a spokesperson for PSEA. “This legislation doesn’t seek to enhance a partnership, but rather impose a gag order on educators and stifle differing perspectives.”