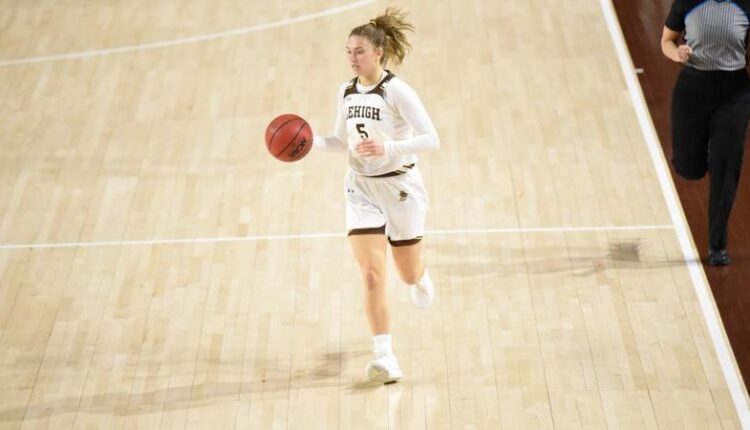 BETHLEHEM, Pa. – It’s been 253 days since the Lehigh women’s basketball team last played at home, but that will all change when the Mountain Hawks open up the 2022-23 season against Stonehill at 6 pm at Stabler Arena Monday.

The Mountain Hawks will be searching for their fifth straight win in a season opener.

Monday’s meeting will also mark the first-ever meeting between the two teams. This is the Skyhawks’ first season as a Division I school. Stonehill competed in Division II in the Northeast-10 conference and now will play in the Northeast Conference.

Monday’s game will also mark the first game under head coach Addie Micir after she was named as the eighth head women’s basketball coach in program history on April 27.

Lehigh last played against Bucknell in the Patriot League Quarterfinals, suffering a 56-53 loss to the Bison. Kramer and Hottinger, who were both named to the Patriot League Preseason All-League team, were the two starters in that game who are returning, but sophomore Meghan O’Brien and senior Anna Harvey are two other Mountain Hawks who have started and are returning .

Stonehill’s Emily Bramanti, who was the only player to start all 24 games last season, is back as a fifth-year. The Skyhawks also return fifth-year Sophie Glidden and brought in George Washington transfer Maddie Loder. Loder has some familiarity with Lehigh as the two met on Dec. 21 last year, where Lehigh rolled to a 70-57 victory.

After opening up against Stonehill, the Mountain Hawks will face No. 23 South Dakota State on Nov. 11 at 8 pm (ET) and Minnesota on Nov. 13 at 4 pm (ET) before returning home to face Bloomsburg on Nov. 18 at 7 pm