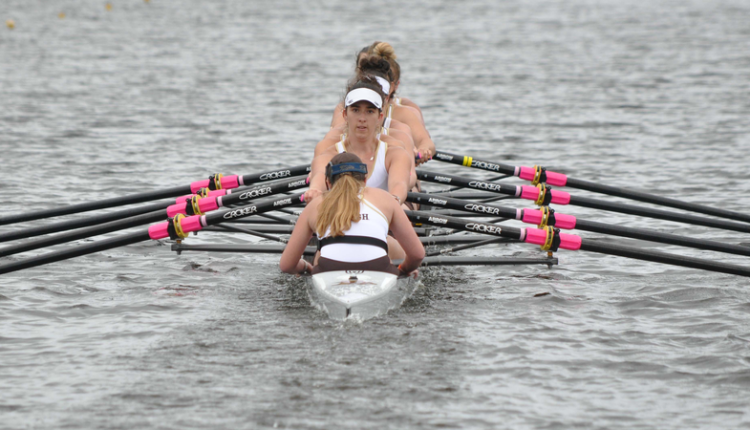 BETHLEHEM, Pa. – The Lehigh rowing teams will race for the first time this fall as the Mountain Hawks will race against Bucknell Saturday on the Susquehanna River in Shamokin Dam, Pa. Saturday’s races will mark the debut for Steven J. ’69 and Karen A. Lee Head Rowing Coach Peter Costas, who was hired in August.

Saturday’s event at Bucknell will be the first of three fall competitions for the Mountain Hawks, who will use the fall with a focus on development to be ready to go during the spring championship season.

“It’s been really awesome,” Costas said of the team’s preparation following the coaching transition. “I’ve relied heavily on strong existing leadership on the roster. I think they’ve picked up the necessary slack really well, things that would maybe ordinarily fall through the cracks on a coach that’s first starting and hasn’t moved to the area yet, they’ve really made sure that we haven’t missed a beat. I think we’re really hitting our stride in terms of having productive practice sessions thanks to that.”

Costas is excited to see both the women’s and men’s programs in a competitive environment for the first time.

“The Bucknell coaches have been super helpful in trying to arrange a productive, competitive rep,” Costas said. “It will be the first day of October, but we’re early in the year. The championship season for all rosters is the spring and that’s ultimately what we’ll be gearing towards. We’re looking to really see what happens when we put competitive pressure on us, but it will be formatted a little differently for the men and the women in terms of even line ups or stack line ups and whether it’s sort of a straight head race or we’re combining sort of multiple pieces that allow for a little bit more practice.”

“We definitely prioritized in the practice environment that we want to make mistakes, we want to be outside our comfort zone, and all that context changes a little when you go into a performance atmosphere,” Costas said. “For starters it’s seeing where we’re at and what needs to be developed and where we’re looking to focus on when we come back to the training environment. Also, looking that they just lean into the competition of it, so the technique and the fitness and kind of you know where we’re at is something that will change over time and we’re seeing the commitment to that development, but we want to see aggressiveness and then we’re taking the race to the opponent.”

Following the Bucknell races, Lehigh will have nearly a full month off before its other fall competitions, allowing the new coaching staff to focus on growth and development.

“Getting this competitive event and then having several weeks in a row where we’re practicing, we’re putting the best kind of developmental choices for practice in front of athletes that ultimately are also prioritizing their academics, and kind of making that all happen and getting to know everybody was the other sort of priority on that,” Costas said. “We’re excited that we were granted entry into the (Princeton) Chase. That’ll be a cool thing to hold onto on the schedule going forward. It’s nice where that’s at schedule wise, gives us an opportunity to focus on development but that’s something that we’ll look to hold on the schedule going forward as well.”

Lehigh will host a Lehigh Class Day Regatta at the Steiner/Steinberg Boathouse in Allentown on Oct. 29, an opportunity for alumni to come back and meet and connect with the team and coaches. The Mountain Hawks will then wrap-up the fall season at the Princeton Chase in New Jersey on Nov. 6.

“We’re prioritizing getting to know everyone and giving the newcomers, the walk-ons comfortable as well. Giving them a little exposure to the upside of the sport and getting introduced to the larger team and for me as well, seeing everybody that’s been involved in building the program to this point.It’s also tradition in different forms that existed previously for the team and I think combining the larger, alumni partnerships with it will be a fun goal to have for this year.

“That’s a place our program is aspiring to build towards and seeing and competing against that is a great way to sort of get sucked into that standard,” Costas added about the Princeton Chase. “We’ll bring a smaller percentage of the roster on both sides, just an eight for the men and women. The internal competition we’ll see to be able to earn a spot at a prestigious race against high level competition is also going to be a really productive thing to aspire for at the end of the year.”