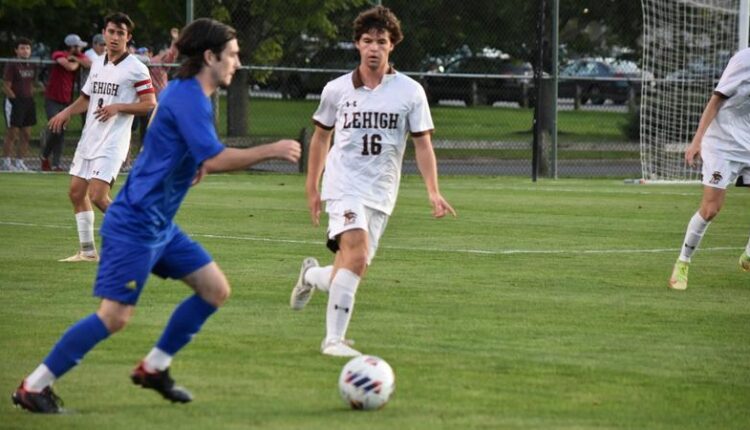 BALTIMORE – In its first road test of the Patriot League season, the Lehigh men’s soccer team dropped a 1-0 decision to defending champion Loyola Saturday at Ridley Athletic Complex. Loyola’s Matthew Lala delivered the only goal of the game in the 79th minute to give the host Greyhounds their first league win.

Both teams are now 1-1 after two rounds of league play. Lehigh’s two-match winning streak is snapped as the Mountain Hawks fall to 2-4-1 on the year. Loyola improves to 3-3-2.

Sophomore goalkeeper Ryan Gross made five saves on a day where Loyola had a 20-7 advantage in shots and a 7-2 edge in shots on goal.

Loyola had three good chances in the 21st minute but Gross made one stop and the Lehigh defense came up with another on a headed clearance inside the six-yard box.

Gross made two more saves in the 55th and 56th minutes to keep the game scoreless.

First-year Jarman Reilly had Lehigh’s first shot on goal in the 67th minute, but Alex Bobocea made one of his two saves.

The lone goal of the match came right after a Loyola corner kick as Lala scored his first of the season on an assist from Kelan Swales.

First-year Sam Davis had Lehigh’s other shot on goal in the final minute, but Bobocea was again able to make the save.

“Tough result,” said Lehigh head coach Dean Koski. “I thought we played strong enough to get out of there with at least a point, but we lost a man on the corner kick (prior to the goal). It was an unfortunate way to give up a goal and we need to move on and get ready for Bucknell this Wednesday.

“I still appreciate the way we are competing for 90 minutes.”