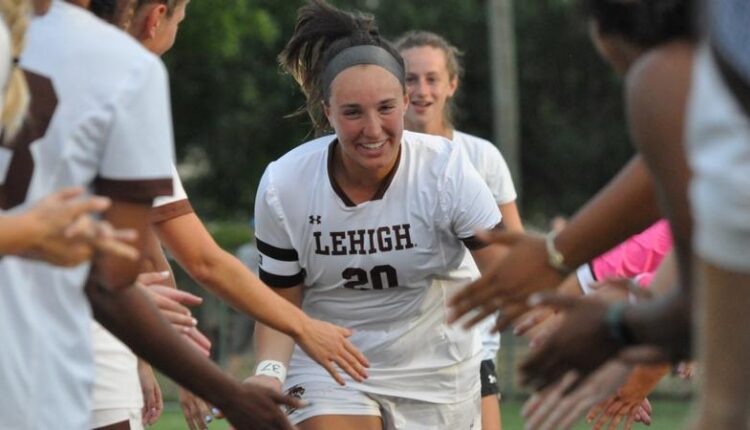 BETHLEHEM, Pa. – Playing a crucial role in the Mountain Hawks’ last two victories, senior Ryelle Shuey of the Lehigh women’s soccer team was named Patriot League Defensive Player of the Week. Shuey finished the week with two goals to help the Mountain Hawks improve to 4-4-1 overall and 2-1 in the league.

Against Lafayette last Wednesday, Shuey scored her second goal of the season to give Lehigh the 1-0 lead in the seventh minute. A corner kick from Alex Odle led to a header from Corinne Lyght that placed the ball perfectly in front of an open Shuey for the first goal of the game. A second goal from Ava Schaller just minutes later helped the Mountain Hawks pick up the 2-0 victory over the Leopards.

On Saturday against Holy Cross, Shuey scored her second goal of the week in the 14th minute off of a free kick from just outside the 18-yard box. Her fifth collegiate goal secured Lehigh’s 1-0 win over the Crusaders.

The Mountain Hawks will take the week to recover before heading to Boston University on Saturday, Oct. 1. Lehigh will battle the Terriers, who are currently 2-1 in the league, at 1 pm on Saturday at Nickerson Field.