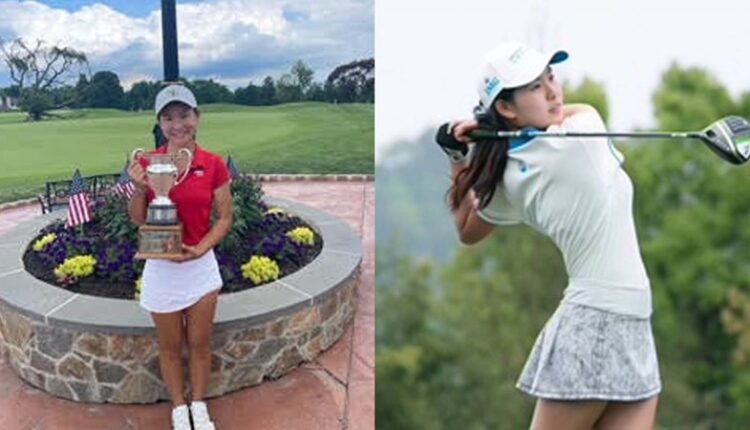 BETHLEHEM, Pa. – Head coach Mary Kate Lynch has announced the addition of two first-year student-athletes who will join the Mountain Hawks this fall.

Evelyn Wong comes from Macungie, Pa., where she attended nearby Emmaus High School; and Yurun Zhu comes to Lehigh from Shanghai, China.

“I am thrilled to welcome Yurun and Evelyn to the Lehigh Women’s Golf family,” Lynch said. “Both will bring incredible talent and drive to our program. They’ve both had decorated junior careers with national and international tournament experience. They are both committed to academic and athletic excellence as Mountain Hawks.”

Zhu comes to Lehigh following an accomplished junior career in her native China. She has won four titles over the last three years, most recently capturing gold in the 2021 Epic China Amateur Open. In 2020, Zhu won both the HSBC China Junior Championship and BUICK China Junior Championship. She also won the USKG Junior World Championship event in 2019 and has been ranked as high as 719 in the World Amateur Golf Rankings.

The two newcomers join a group of seven returnees, including seniors Hannah Foster, Marina Mendez and Iris Shin and sophomore Madison Pineda, a returning first team All-Patriot League performer and the league’s Rookie of the Year.