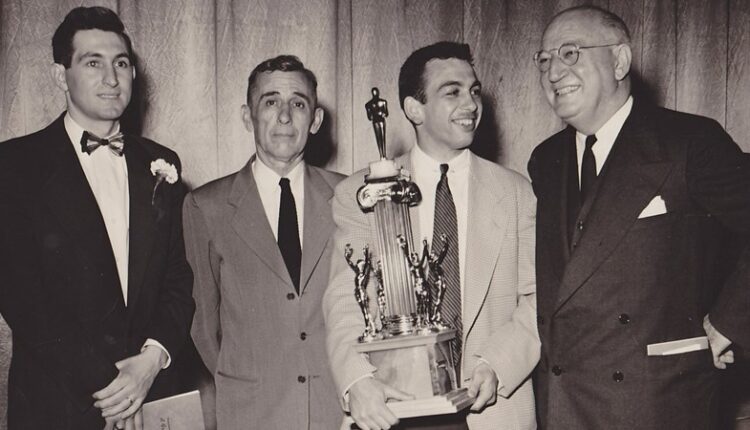 Coach Peter J. Carril passed away peacefully at The University of Pennsylvania Hospital, on August 15, 2022, where he was recuperating from a stroke. He was 92 years old. Carril grew up on the south side of Bethlehem where his father worked in the steel mills. The Bethlehem Boys Club helped the young Carril stay on track as he became a promising basketball player at Liberty High School, graduating in 1948. After high school, Carril went to nearby Lafayette College. He graduated in 1952 with a BA in Spanish and it is at Lafayette where he began his lifelong basketball friendship with the late Butch vanBredaKolff.

Carril went on to coach at Easton Area High School for three years while earning his MA degree from Lehigh University. From 1958 to 1966 he coached at Reading High School where he had many winning seasons and trips to the state finals. After reading, he made the move into college coaching, going back to Lehigh for one year (1966-1967) where he compiled the first winning record in basketball in 50 years, at a school where wrestling was the premiere sport. In 1967 vanBredaKolff was leaving Princeton and recommended his protégé Carril for the job of Head Basketball Coach. Carril accepted the job and stayed at Princeton, building a basketball dynasty with numerous accomplishments that would also earn him many honors. Carril spent 29 years at Princeton, racking up 514 wins. His teams won 13 Ivy League titles, one NIT Championship (1975) and made 11 NCAA tournament appearances. Along with coaching the Olympic teams of Spain and Argentina, Carril made a name for himself by perfecting the Princeton offense and relying on his famous “backdoor play”. After Princeton, Carril spent time as an assistant coach with the Sacramento Kings, from 1994 to 2004. He was inducted into the Naismith Memorial Hall of Fame in 1998.

In the words of Jerry Price, Senior Communications Advisor/Historian for Princeton Athletics, Carril was “a very simple man, and the more the world around him grew complex, the simpler he became. Make shots. Guard your guy. Be honest with people . And above all, work hard. No shortcuts.”

Carril is predeceased by his father, José Carril of Léon, Spain, his mother, Angelina Rodriguez Carril of Argentina, his sister, Anita Carril Amigo of Bethlehem, Pa. and his former wife, Dolores L. “Dilly” Carril, of Bethlehem Pa. and Princeton, NJ He leaves behind a daughter, Lisa D. Carril, of Hopewell, NJ and a son, Peter J. Carril of Princeton, NJ; grandchildren, Peter B. Carril and Zoe Carril, of New York City; and two grand dogs, Rock and Dolores of Hopewell.

There will be a private viewing for family and close friends only at Kimble Funeral Home in Princeton. A memorial service honoring the Coach, will be held at Jadwin Gymnasium on Princeton University’s campus, at a date to be determined.