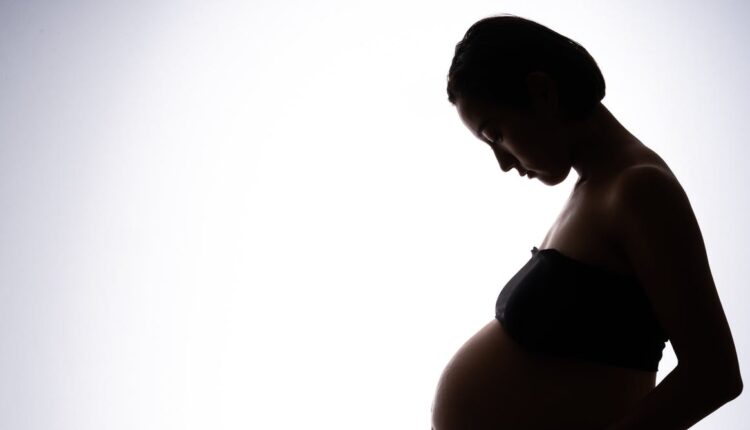 Three-quarters of abortion patients in the United States have incomes that place them below or just barely above the federal poverty line of US$26,500 for a family of four in 2021. The inability to afford a child ranks among the most common reasons women give when they explain why they are ending a pregnancy.

The anti-abortion movement is often criticized as caring little about these matters. But as a political scientist who has studied the intersections of abortion and social welfare issues, I became intrigued by a large but little-known subset of anti-abortion activists who claimed to support women during pregnancy and after childbirth.

My 2020 book on this “pregnancy help” work indicates that the anti-abortion movement does provide support to low-income families, even if not in the way its critics might prefer.

This work mostly occurs within the anti-abortion movement’s own charitable organizations. Participants in this “pregnancy help movement,” according to Margaret Hartshorn, the former president of one such organization, strive to make abortion “unwanted now and unthinkable in future generations” by ensuring “that no woman ever feels forced to have an abortion because of lack of support or practical alternatives.”

The first ones began to open in the US in the late 1960s. They outnumbered abortion providers at least as early as 2013. A July 2018 directory listed 2,740 US pregnancy centers. Lehigh University sociologist Ziad Munson writes that such outreach involves more people, volunteer hours and organizations than any other type of anti-abortion activism.

Based on my interviews of pregnancy center leaders and review of various movement communications, these organizations are mostly funded by individual donations, commonly raised through banquets, walks, races or church-based collections of money and goods. Some anti-abortion groups like Focus on the Family and the Knights of Columbus give them grants.

Pregnancy centers typically aren’t affiliated with specific churches, though they often frame themselves as ministries modeled on Jesus Christ’s love for people who are hurting and marginalized.

In 13 states as of 2021, pregnancy centers could apply for funding from state-run alternatives to abortion programs. As of March 2022, as many as 19 states may have directed a proportion of “Choose Life” license plate proceeds to pregnancy centers. An Associated Press investigation of fiscal 2022 state budgets found that 12 states funded pregnancy centers, providing US$89 million.

Centers can also apply for select federal grants. According to a report on US pregnancy center services by the Charlotte Lozier Institute, an anti-abortion think tank, 17% of US centers received some public money in 2019.

By comparison, the Planned Parenthood Federation of America, which provides abortions and other reproductive health care services, reported receiving about $618 million – or 38% of its revenue – in government grants and payments for services in the fiscal year ending June 30, 2020.

US pregnancy centers in 2019, also according to the Lozier Institute, performed more than 730,000 pregnancy tests and met with nearly 1 million new clients.

For perspective, the US recorded 3.75 million live births that year. In 2017, the most recent data available, just over 860,000 abortions were performed. A new peer-reviewed study of pregnant women who were searching online for an abortion provider – suggesting they may be more internet-savvy, older and more socio-economically advantageous than US abortion-seekers generally – found that at least 13% of them visited a pregnancy center.

My research did not attempt to assess the quality of counseling provided by the centers. Rather, I focused on broadly understanding and describing the movement and measuring the extent of help they provide to needy families.

Similar to data I collected in 2012, a 2019 report by the Lozier Institute claimed that 94% of centers provided material aid. The report credited US pregnancy centers with distributing about 1.3 million packages of diapers, 690,000 packages of wipes, 2 million baby outfits, 30,000 new car seats and 20,000 strollers. They valued these goods at nearly $27 million. I also found pregnancy centers provided personalized help in navigating community resources for housing, health care, creditor mediation and domestic violence recovery.

Activists told me that helping families meet their material needs was integral to their missions, greatly needed, and simply “Christian” or “pro-life.” Available data suggests that the women who use these centers tend to be under 30 and unmarried.

My research also noted that pregnancy centers were increasingly tying material aid to participation in their parenting programs.

Another trending service they offer is ultrasound imaging. Leaders I interviewed felt that offering a medical service could increase centers’ credibility and that viewing an image of their fetus would inspire clients to “choose life.” Trained nurses overseen by an often off-site physician “medical director” usually perform the scans, but otherwise, critics correctly assert that most pregnancy center staff lack medical training.

Interviews of 21 pregnancy center clients over a period between 2015 and 2017 led medical sociologist Katrina Kimport of the University of California, San Francisco to conclude that “low-income women can find these centers to be meaningful and appreciated sources of free emotional support, pregnancy -related services and material goods,” even if the women ultimately needed more economic resources than centers could provide and sometimes struggled with program requirements.

Kimport continued: “Although these centers have been rightly criticized for disseminating scientifically inaccurate materials and employing potentially deceptive practices, the policy debate about their legitimacy needs to be more nuanced.”

Pregnancy help in a post-Roe America

Pregnancy center volunteers and employees I surveyed in 2012 overwhelmingly agreed that pregnancy centers would remain needed if the federal right to abortion was overturned. Centers are already most numerous, my statistical analysis of location data found, where public opposition to abortion is highest, abortion rates are lowest and abortion providers are the most scarce. Some anti-abortion leaders are calling the movement to follow the fall of Roe with increased aid to low-income people, some of which would flow through pregnancy centers.

Still, they attract anti-abortion activists who appear to take seriously what one interviewee called the “consequences to a choice for life.” In my view, they could potentially participate constructively in a conversation about poverty and childbearing in a post-Roe America.