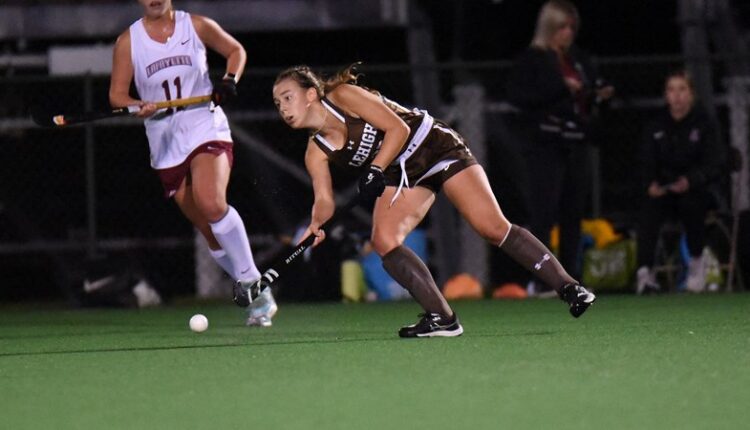 BETHLEHEM, Pa. – After posting its best season since 1994, the Lehigh field hockey team was picked fourth in the Patriot League Preseason Poll, as announced on Thursday. In a close vote, the Mountain Hawks garnered 42 points, just two points behind Bucknell in third and two points ahead of Boston University in fifth. Reigning All-Patriot League honoree, senior Sarah Bonthuis, which was also named preseason All-League.

American came in first in the preseason poll with 69 points and nine first-place votes. The Eagles were followed by Lafayette with 65 points (five first-place votes). Rounding out the poll was Colgate and Holy Cross, tied for sixth with 17 points apiece.

Bonthuis was also a second team NFHCA All-Region honoree last season. She tied for first on the team in goals (11) and points (27), good for a tie for second and third in the Patriot League, respectively. Bonthuis’ four game-winning goals were also tied for the league lead. She posted at least one point in each of the first six games of the year, and 11-of-17 during the regular season. Bonthuis recorded two goals and five points in Lehigh’s 7-2 win at Colgate, earning her Patriot League Offensive Player of the Week. She scored the game’s first goal in a 2-1 win over Boston University while having a hand in both Lehigh goals a game prior vs. Georgetown. Bonthuis ended the regular season with three goals over her final three games – one against Rider and two at Wagner.

The 2021 season went down as Lehigh field hockey’s strongest in nearly 30 years and one of the best in program history. The Mountain Hawks secured the program’s first winning regular season and overall mark since 1994, while the four Patriot League victories were most since 1996 and most since the league expanded to seven teams with the addition of Boston University.