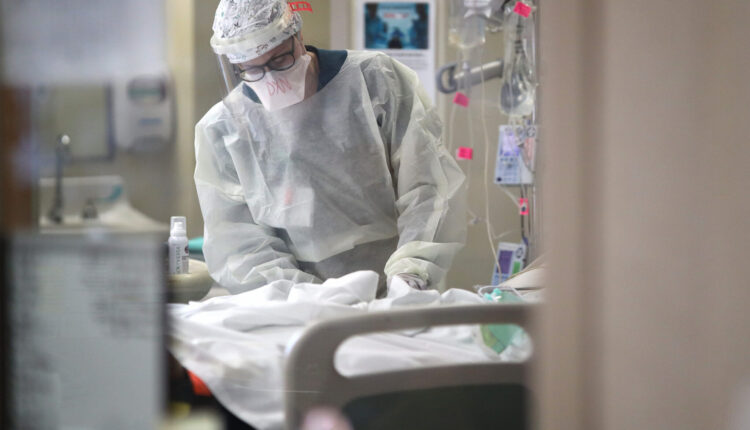 As a Colorado native and a biology researcher studying infectious disease and the human immune system, I am in firm agreement with Dr. Vanessa Griffith’s commentary in this paper last month, “Socioeconomic status should not determine access to health care in America.”

The United States is one of the richest countries in the world, but we suffer from one of the highest rates of preventable mortality. According to a Commonwealth Fund study from 2016, the U.S. has the highest rate of avoidable death of any developed nation, despite spending nearly a sixth of GDP on our health care system (almost $3.8 trillion).

The effects of this failure are distributed incredibly unequally, with Black and Indigenous residents experiencing huge gaps in life expectancy, chronic disease, and quality of life. The COVID-19 pandemic has only made this worse: One study from 2020 found that life expectancy for Black Americans is at its lowest level since World War II, a near-complete reversal of eight decades of steady health gains. Clearly, this is a massive problem.

This discrepancy exists in many areas of health care, from maternal health (where Black women are four times likelier to die of pregnancy-related causes) to mental health care (where Indigenous people report experiencing serious psychological distress twice as much as the general population).

One of the most significant — and most underreported — aspects of our unequal health care system is the nationwide prevalence of bacterial tuberculosis, or TB. Tuberculosis is among the deadliest infectious diseases in the world, taking 1.5 million lives in 2020 and affecting 10 million more, a number that has only gotten worse since the onset of COVID-19. In the United States today, approximately 13 million Americans, in all 50 states, live with TB.

In many ways, the glaring inequities of tuberculosis infection mirror those in the wider landscape of American health care.

As Griffith explains, these cases are mostly concentrated in communities of color — patients who are likelier to be shut out of the health care system that many take for granted. In many ways, the glaring inequities of tuberculosis infection mirror those in the wider landscape of American health care.

Tuberculosis is a devastating illness. It can infect nearly every organ system in the human body, and in its most severe forms can wreak havoc, with symptoms ranging from brain damage to jaundice to respiratory failure to, in the worst cases, death. Many patients lucky enough to survive are left with lifelong health consequences or disabilities, and their lives will often never be the same. This doesn’t have to be the case. The response to the COVID-19 pandemic, both worldwide and in the U.S., has demonstrated that the onslaught of deadly diseases can activate public resources and focus public will in a way that few other disasters can.

When detected early, TB is easily curable. If we are able to mobilize our vast resources, it is within our grasp to dramatically curtail this disease in the United States, and go a long way toward relieving some of the inequality in our health care systems.

Griffith writes in her commentary that every American has a right to affordable, high-quality health care, regardless of their socioeconomic status. I wholeheartedly agree.

That’s why I implore Sens. Michael Bennet and John Hickenlooper to call on Reps. Rosa DeLauro and Tom Cole — the Labor, Health and Human Services, Education Appropriations subcommittee chair and ranking member, respectively — to support a TB Round Table-proposed increase of $225 million for the CDC’s TB program in 2023.

A Colorado native, Colter Giem lives in Boston and works at the Broad Institute, researching Parkinson’s disease and food allergies. He wrote this piece for Colorado Newslwine, a sibling site of the , where it first appeared.