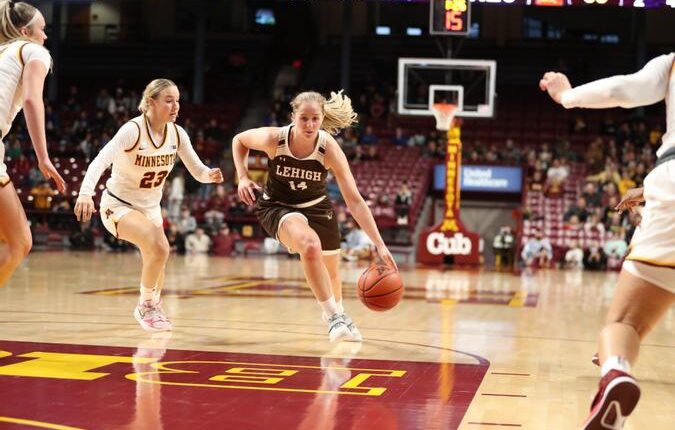 BETHLEHEM, Pa. The Lehigh women’s basketball team will head to Lawerenceville, NJ, for a 5 pm matchup vs. Rider on Wednesday.

The Mountain Hawks will look to get back on track after falling to Southern Illinois 87-81 and Quinnipiac 67-64 in the Christmas City Classic. Lehigh is now 2-5, while Rider is 2-3.

The Broncs recently played in the MAAC/ASUN Challenge in Dublin, Ireland. Rider defeated the University of North Florida and was defeated by Eastern Kentucky, Nov. 18-19.

Lehigh has had a high-scoring offense so far to start the season. The Mountain Hawks are currently first in the nation in three-pointers per game (11.4), and they lead the Patriot League in scoring (76.4), and assists per game (17.57).

Mackenzie Kramer and Frannie Hottinger both lead the way with 18.7 points this season and are tied for 46th in the nation in individual scoring.

After Rider, the Mountain Hawks will head to La Salle on Saturday for a 2 pm game. This will be Lehigh’s last game before the final exam break.