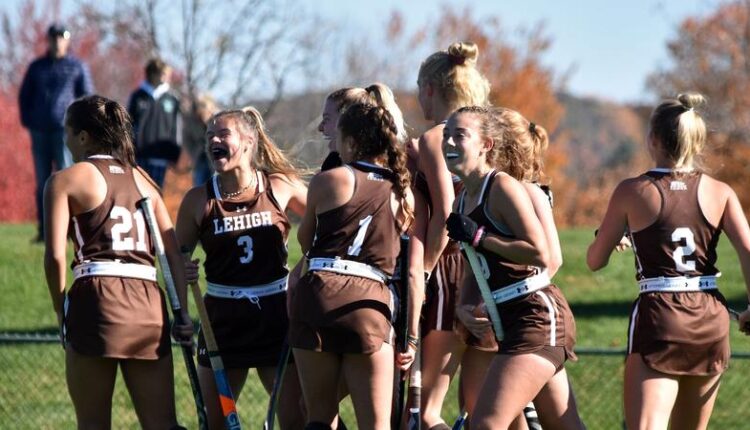 BETHLEHEM, Pa. – The Lehigh field hockey team forced overtime with a second half goal from senior Sarah Bonthuis, but came out on the short end, falling to Columbia, 2-1, to close out their regular season schedule at Ulrich Field on Sunday afternoon.

The Mountain Hawks finish the regular season with an overall record of 11-7, tying the same number of wins they had a season ago. This is the first time since 1985-86 that the program has reached double-digit wins in back-to-back years and won at least 11 games since 1984-85. Columbia improves its record to 6-10 overall and head into its season finale with Princeton next week with a win.

“My message to the team was to look at the game we played and not the result,” stated head coach Caitlin Dallmeyer. ” We were playing at a different pace the last couple of weeks and we needed to raise our level heading into the Patriot League Tournament, and I think we did that today.”

Both squads had opportunities in the first period, with Columbia taking four shots, requiring three saves by senior Maddie Kahn, and Lehigh attempting three shots with one going on goal. After a scoreless first period, the Lions would break into the scorer’s column with a goal from Lindsey Yu six minutes into the second period to take a 1-0 lead. Columbia would hold that edge into the intermission.

The Mountain Hawks attempted eight shots in the third quarter and Bonthuis received a pass from sophomore Guusje Hogendoorn that she put into the back of the cage to tie the match at 1-1 five minutes into the second half. Bonthuis’ goal was her tenth of the season while Hogendoorn registered her third assist of the year.

The Lions and Mountain Hawks played a scoreless fourth period that saw a total of four shots, three coming from Columbia, but the squads’ respective goalkeepers kept the contest tied at 1-1. Lehigh earned a penalty corner just 43 seconds into the overtime period and fired a shot, but was blocked. Columbia earned a penalty corner of their own, which they were able to capitalize on and ended the game 2:43 into overtime.

“Columbia is a great team, they have been ranked higher than us in the RPI for a majority of the year, so we knew this was going to be a battle,” continued Dallmeyer. “We battled and were confident in what we have been practicing all week and preparing for heading into the tournament.”

Bonthuis’ lone goal of the contest puts her in double-digits in goals scored for back-to-back seasons, a day after breaking Lehigh’s single-season record for assists in a season.

Defensively, Kahn recorded 10 saves, with six saves coming in the first half and three in the fourth period. Lehigh outshot Columbia 16-15 but the Lions had 12 shots on goal to the Mountain Hawks 10. Lehigh also earned eight penalty corners to Columbia’s seven.

Lehigh has officially clinched the three-seed in this year’s Patriot League Tournament, which will be hosted by American on Thursday, Nov 3. The Mountain Hawks will take on the host Eagles in the semifinals, which is scheduled for 2 pm The top-seed Boston University will host Bucknell at 11 am on Thursday prior to Lehigh’s contest. The winner of both semifinal matches will go head-to-head on Saturday, Nov. 5 at 11 am in Washington, DC

We need an honest discussion about charter school reform in Pa. | Opinion