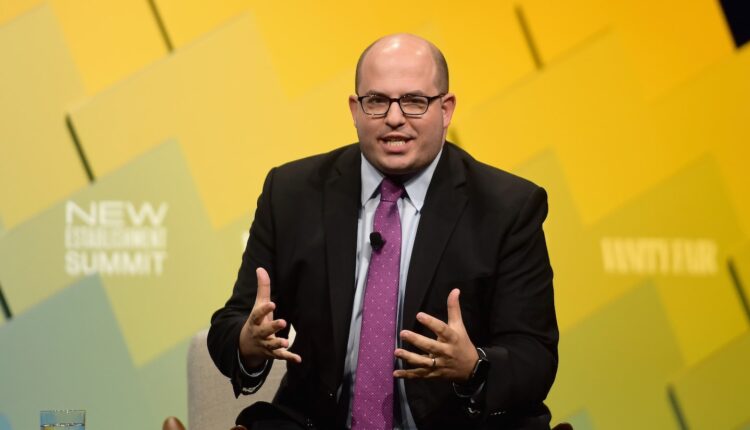 CNN’s chief media correspondent Brian Stelter is leaving the company, and the network will cancel the 30-year-old weekly media news show that he has hosted since 2013.

Sunday’s episode of “Reliable Sources” will be the last, network spokesman Matt Dornic said. “We appreciate his contributions to the network and wish him well as he embarks on new endeavors,” he added.

CNN executive Amy Entelis, in a separate statement, said that Stelter “departs CNN an impeccable broadcaster” and that the company is “confident [his team’s] impact and influence will long outlive the show.”

The cancellation news, which was first reported by NPR, is the first major programming shake-up under the management of new network boss Chris Licht. The veteran news producer and television executive began serving as chairman and chief executive of CNN Worldwide in May, replacing Jeff Zucker, who was pushed out by parent company management in February.

Licht, under the oversight of Warner Bros. Discovery chief executive David Zaslav, has indicated that he wants to take CNN in a more neutral, less opinionated direction, though he has been slow to enact big changes, taking time to study current programming and speaking with employees.

“Reliable Sources,” which launched in 1992, delves into the week’s biggest media stories, bringing on journalists, politicians and pundits to discuss the way news is covered and how it affects society. In recent years, the show became more politically charged, as the focus has shifted to the rising influence of conservative-leaning cable rival Fox News and right-wing misinformation efforts by former President Donald Trump and his allies. As Stelter reported more about Fox — the subject of his best-selling 2020 book “Hoax” — he himself was frequently criticized and lampooned by Fox News hosts such as Tucker Carlson and Sean Hannity.

His show was one of only two national television news programs dedicated to reporting on and analyzing the media industry. The other, the Fox News show “MediaBuzz,” is hosted by Howard Kurtz, a former Washington Post reporter who helmed “Reliable Sources” for 15 years before Stelter.

Between August 2021 and late July, “Reliable Sources” averaged 748,000 total viewers, tops among CNN programs on Sundays and ahead of the competition on MSNBC at 11 am — but behind Kurtz’s show on Fox News. Licht has made other recent changes to CNN’s weekend lineup, including the decision to dedicate the 7 pm hour on Sunday nights to former Fox News anchor Chris Wallace, who came to the network to host a show on the CNN Plus streaming service that was shut down only a few weeks after launch. CNN Plus was also the home for a daily version of “Reliable Sources,” hosted by Stelter, before it was shuttered.

Stelter, 36, joined CNN from the New York Times in 2013, where he had established himself at a young age as a top media reporter; he got his start in the field by launching his own much-read blog about the broadcast news industry, TV Newser, while an undergraduate at Towson University. In addition to his weekly show, Stelter also produced an influential daily email newsletter about the media for CNN.

From 2017: Brian Stelter has been training for this moment his entire life

Jeremy Littau, an associate professor and media sociologist at Lehigh University, praised “Reliable Sources” and Stelter’s work in particular as a rare broadcast platform for media introspection. “He’s part of a dying breed of institutional self-criticism,” Littau said. “He wasn’t afraid to take his own network to task at times and to be self-critical of the network.” Noting the decline of newspaper ombudsmen as well, Littau said that criticizing your own industry or institution is “always a high-wire act.”

In a statement Stelter shared with The Washington Post, he said he was “grateful for my nine years with CNN, proud of what we accomplished on Reliable Sources and so thankful for the viewers who tuned in every week for our examination of the media, truth and the stories that shape our world.” He added that “it was a rare privilege to lead a weekly show focused on the press at a time when it has never been more consequential.”

Oliver Darcy, a senior media reporter for CNN, will continue working at the network and will helm the network’s nightly media newsletter, said Dornic, the CNN spokesman. The small staff dedicated to working on the weekly television show will have the opportunity to apply for new jobs at CNN.

Licht’s next big decision will come in picking a 9 pm host to replace Chris Cuomo, who was fired in December. He has also said he planned to overhaul the network’s morning show, “New Day.”