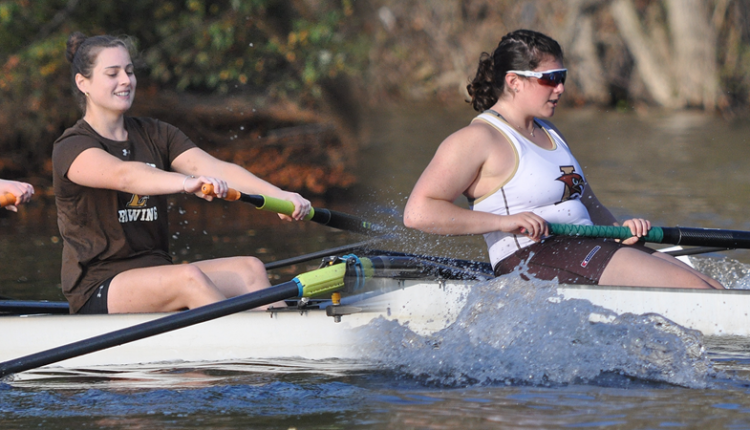 BETHLEHEM, Pa. – The Collegiate Rowing Association announced their Scholar-Athlete honorees for the 2021-22 season, with two members of the Lehigh rowing team earning recognition. Recent graduate Bella Papov was honored for the third consecutive season, while junior Bailey Lipset was recognized for the second consecutive year.

Student-athletes honored must be in their second, third or fourth year of eligibility and own a cumulative GPA of 3.5 or higher. They must also have rowed for a minimum of 75 percent of the spring races.

Papov carried a 3.71 cumulative GPA majoring in biochemistry. She was an Academic All-Patriot League honoree for the second consecutive season and held down the bow seat (seat 1) on Lehigh’s Varsity Eight throughout the entire spring season, including the Patriot League Championships.

Lipset is a psychology major with a 3.66 GPA. She held down the five seat on the Second Varsity Eight, which won the petite final at the Patriot League Championships.