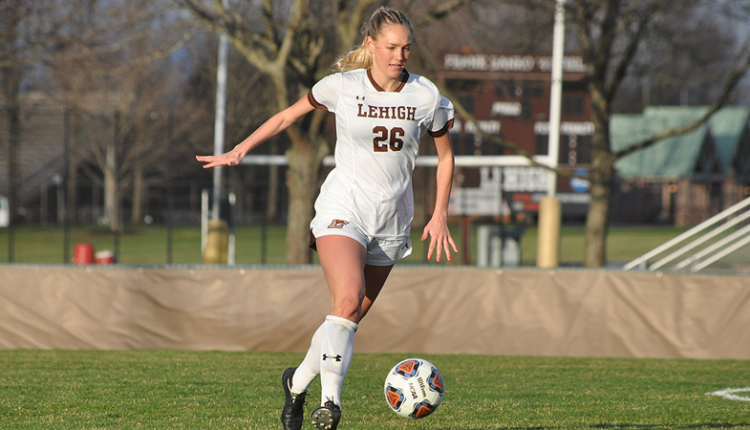 Navy came in first in the preseason poll with 145 points and seven first-place votes. Tight voting at the top saw Bucknell in second with 144 points (five first-place votes) and Boston University in third with 141 points (six first-place votes). Those three were followed by Loyola (116 points, two first-place votes), Army West Point (92) and Lehigh (71), all picked to advantage to the postseason. Behind the Mountain Hawks was Colgate (71), Lafayette (47), American (38) and Holy Cross (21).

Keefe is a two-time All-Patriot League honoree, being named to the second team as a junior and first team as a senior. She has been an anchor at center back for the Mountain Hawks’ defense, which has consistently been among the Patriot League’s best. Keefe’s sophomore year, Lehigh finished second in the league in goals against average (0.89) and shutouts (8). Her junior year, Lehigh posted a stellar 0.60 goals against average, as Keefe was also named a United Soccer Coaches third team All-Region honoree.

The Mountain Hawks open the regular season on Friday, Aug. 19 as they host Monmouth at 7 pm on ESPN+.