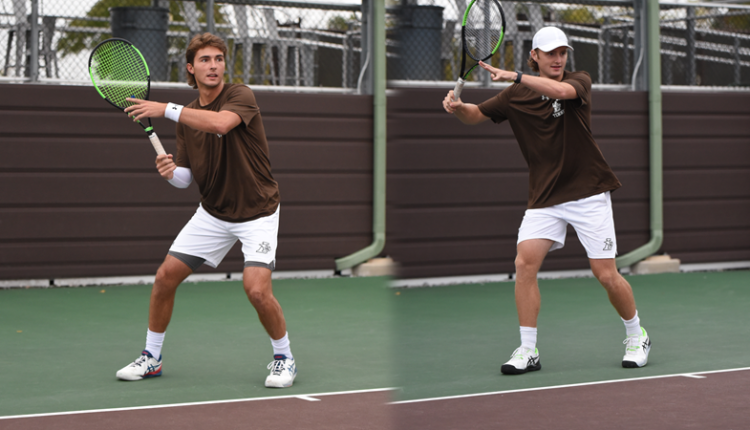 The Lehigh men’s tennis duo are two of the six student-athletes from the Patriot League to be named to the distinguished list. To be eligible for the Academic All-League teams, a student-athlete must have at least a cumulative grade point average of 3.20 and be a key starter or player in their respective sports. First-years or students in their first academic year are not eligible for the honor.

In his final season at Lehigh, Elliott finished with a team and career-high 13 singles wins. He went undefeated in league play, finishing 6-0 against Patriot League opponents and was named first team All-Patriot League for the second time in his career last week.

Bukhalo is a business information systems major with a cumulative GPA of 3.93. He was named to the Patriot League honor roll once and has been named to the Dean’s List five times in his academic career.

Playing at the No 5/6 spot, Bukhalo finished with nine singles wins this season and went 6-1 against Patriot League opponents. In doubles, the junior ended the season with eight wins, five of which were in league play.