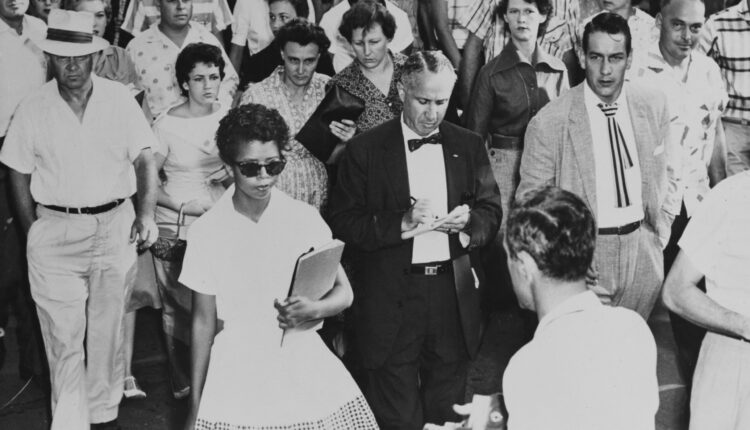 On May 18, it will be precisely 126 years ago that the U.S. Supreme Court in the 1896 Plessy v. Ferguson case declared segregation to be constitutional.

On May 17, it will be precisely 68 years ago that the U.S. Supreme Court in the 1954 Brown v. Topeka Board of Education case declared public school segregation to be unconstitutional, thereby overturning Plessy.

But not really. In other words, Brown didn’t really overturn Plessy.

The groundwork for the Plessy case began in 1892 when Homer Plessy, a light-skinned, straight-haired Black man from New Orleans, challenged Louisiana’s Separate Car Act of 1890 that required “equal, but separate” railway accommodations for white and non-white passengers. Although he possibly could have passed for white, Plessy, a civil rights activist, highlighted his partial African ancestry and made it very clear when he sat in the whites-only section that he was not white. As a result, he was arrested.

Charged with violating the Separate Car Act, Plessy was found guilty in state court by Judge Howard Ferguson. He appealed to the Louisiana Supreme Court, which dismissed his petition- in part based upon a ruling by the Pennsylvania Supreme Court in the 1867 case captioned Philadelphia & West Chester Railway Company v. Miles that proclaimed, “To assert separateness is not to declare inferiority in either … It is simply to say that following the order of Divine Providence, human authority ought not to compel these widely separate races to intermix. The right of such to be free from social contact is as clear as to be free from intermarriage.”

That Pennsylvania case ruling wasn’t stated by some toothless illiterate hillbillies in a trailer park in the South. It was written by some pearly white-toothed well-educated sophisticates in a courtroom in the North. Those white hillbillies and white sophisticates were and are cut from the same white racist cloth. They’re both white Americans. They’re both white America. But I digress.

Plessy then appealed to the U.S. Supreme Court which, on May 18, 1896, agreed with the Louisiana Supreme Court’s dismissal (that was based in part on the Pennsylvania Supreme Court’s rationale) and upheld the constitutionality of Louisiana’s racist Jim Crow “separate but equal” Separate Car Act by ruling that

“[The 14th Amendment’s equal protection clause] could not have been intended to abolish distinctions based upon color, or to enforce social, as distinguished from political, equality or a commingling of the two races upon terms unsatisfactory to either.”

The groundwork for the Brown case began in 1950 when the NAACP branch in Topeka, Kansas, organized 13 parents to serve as initial plaintiffs (followed by the inclusion of several hundred other Black parents) to challenge the city’s refusal to allow Black children to enroll in its schools. Oliver L. Brown, the father of student Cheryl Brown, was chosen to be the named plaintiff.

After the lawsuit was dismissed by a federal court, NAACP Legal Defense and Educational Fund Chief Counsel Thurgood Marshall, lead attorney for the Brown group plaintiffs, appealed to the U.S. Supreme Court where he represented not only all the Brown group plaintiffs but also all the other plaintiffs with four similar lawsuits from Delaware, South Carolina, Virginia and Washington, D.C.

On May 17, 1954, the U.S. Supreme Court agreed with Marshall and overturned Plessy by ruling that: “We conclude that in the field of public education, the doctrine of ‘separate but equal’ has no place. Separate educational facilities are inherently unequal. Therefore, we hold that the plaintiffs and others similarly situated … are … deprived of the equal protection … guaranteed by the 14th Amendment.”

Here’s irrefutable proof: Although the 1954 Brown I court ruled that educational Jim Crow is outlawed because “separate but equal is unconstitutional,” that decision in reality wasn’t worth the paper it was written on since most states ignored it because the feds didn’t enforce it.

Then came the Supreme Court’s vague 1955 Brown II “all deliberate speed” decision that supposedly was designed to begin implementation of school integration throughout the country. But that decision moved implementation along just as slowly.

Then came the tardy 1978 Brown III (which I describe as the) “we really mean it this time” decision. But steps toward implementing that didn’t begin until just two decades ago in 1998. However, it still hasn’t been fully implemented.

And the most recent court action regarding Brown I was on July 27, 1999, when the District Court of Kansas granted the dismissal motion filed by defendant Shawnee County, Kansas Unified School District No. 501 (without opposition from the Brown plaintiffs) in large part because, as that court wrote in its opinion,

“Defendant has announced its continuing commitment to diversity and intolerance of discrimination. The governing board and officers of defendant include minority members ….”

Commitment? Some minority (including non-Black) members? That ain’t good enough. A real implementation of Brown I requires countywide numerical proportionality all across the country (e.g., if a county is 25 percent Black, each of the schools should be 25 percent Black if the Black parents want that). And a real implementation of Brown I also requires disbursement of equitable (not merely equal) resources in historically underserved Black communities all across the country.

By the way, just 15 years ago in the Community Schools v. Seattle School District case, U. S. Supreme Court Chief Justice John Roberts in 2007 tried to turn Brown I’s “separate but equal is unconstitutional” decision on its head by claiming that that historic ruling meant the exact opposite of what the Supreme Court unanimously said in 1954.

In the 2007 case, Roberts rejected the laudable attempt by enlightened white school districts in Seattle, Washington and Louisville, Kentucky, to voluntarily desegregate schools and promote integration by utilizing racial classification to achieve diversity and to avoid racial isolation through student assignment.

And he accepted the argument of racist white parents who opposed that laudable attempt by contending that it was unconstitutional for a school district to use race as a factor in assigning students to a school in order to bring that school’s racial composition in line with the composition of the district as a whole.

In other words, he ruled that race is not part of racism and therefore should not be a factor in ending racism.

As documented by the American Economic Association (AEA), “Black children are five times as likely as white children to attend racially segregated schools, especially those in high poverty areas.”

The University of California at San Francisco (UCSF) pointed out that:

“[Since 1991 when] the Supreme Court issued rulings that made it easier for districts to be released from the … Brown … decision …, highly segregated schools with 10% or fewer white students have more than tripled from 5.7% to 18.6%.”

Those AEA and UCSF statistics pertain to the nation as a whole. But what about Philly in particular? This city has 323 schools including 216 district-operated, 85 charter, and 22 alternative.

Fifty-two percent of the students here are Black while 13 percent are white, with 22 percent Latinx, 7 percent Asian, and 5 percent identified as “multiracial or other.” (By the way, from my cultural and academic standpoint, Latinx and Black are essentially the same. The only so-called difference is whether the “slave” ship dropped off my African ancestors in English-speaking or Spanish-speaking countries. But that’s a discussion for another time.)

Although Black students constitute 52 percent of the school population, they constitute only about 30 percent of students who are grade-level proficient, while about 66 percent of white and Asian students are. And guess which of those groups predominantly attend the type of de facto and under-resourced segregated schools declared unconstitutional in the Brown decision?

On May 18, remember Plessy from 126 years ago in 1896. On May 17, remember Brown from 68 years ago in 1954. And on both dates, remember that the Plessy decision in reality “trumps” the Brown decision and that it is the racist zombie that remains alive — until we are serious about completely destroying it.

And America won’t be serious until it destroys its inherent and systemic racism. So I guess we’ll be waiting for another 126 years or another 68 years or actually even sooner when America eventually becomes a non-white nation — kinda like it was before the Pilgrims arrived/invaded in 1620.

Opinion contributor Michael Coard, an attorney and radio host, is a columnist for the Philadelphia Tribune, where this piece first appeared. His work appears on Tuesdays on the Capital-Star’s Commentary Page. Readers may follow him on Twitter @michaelcoard.