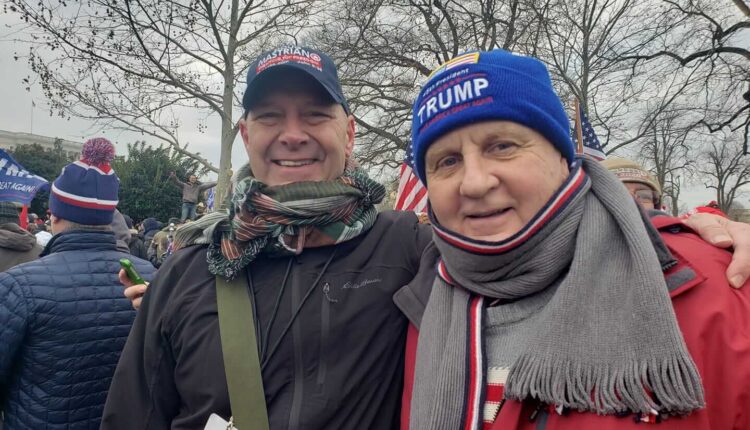 A national group dedicated to electing Democratic governors is pressuring Pennsylvania’s Republican nominee for governor to turn over any video footage he may have recorded while in Washington, D.C. on the day of the Jan. 6 insurrection at the U.S. Capitol.

The Democratic Governors Association, citing a photo recently unearthed of Mastriano in Washington on Jan. 6, called on him to release any photos or video he may have taken while on the Capitol grounds. The screenshot referenced by the organization appears to show Mastriano taking photos or video with his cellphone as supporters of former President Donald Trump began to storm the Capitol on Jan. 6, 2021.

“Every day, more is uncovered about Doug Mastriano’s involvement in the deadly Jan. 6 insurrection – including new footage that showed Mastriano recording rioters as they attacked law enforcement,” Sam Newton, deputy communications director for the Democratic Governors Association, said in a statement. “Mastriano’s footage could be important evidence in the investigation into Jan. 6, and it’s further evidence proving that Mastriano lied about his involvement and stood with rioters as they attacked the Capitol.

“It’s long overdue for Mastriano to release the footage and finally come clean about his full involvement in the attack on our democracy,” Newton added.

Campaign finance reports show Mastriano organized buses to Washington, D.C. on the same day as a mob of pro-Trump supporters forced their way into the Capitol building. Mastriano admitted to being in Washington, D.C. that day for a “peaceful protest” to support Trump, but said he and his wife left when things turned violent. Mastriano has stressed that he never entered the Capitol building.

“My position on lawlessness is equally as clear. When it was apparent that this was no longer a peaceful protest, my wife and I left the area and made our way out of the area,” Mastriano said in a statement on Jan. 6, 2021.

Mastriano has been one of Trump’s most vocal supporters during his time in the state Senate, pushing Trump’s false claims of voter fraud and attempting to have the General Assembly appoint an alternate slate of presidential electors following the 2020 presidential election. He has been subpoenaed by the Jan. 6 Committee, and is reported to be complying with the probe. A spokesperson for Mastriano did not immediately return a request for comment.

State courts, under 50 different constitutions, will now decide who can get an abortion | Analysis