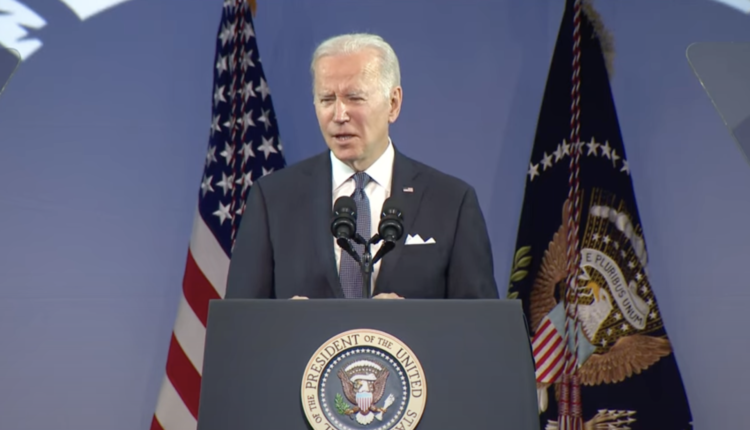 The savings and new revenue from the legislative package, coming from increased taxes on corporations and enhanced IRS enforcement, will cut $300 billion from the federal budget deficit, according to the Congressional Budget Office.

Passage of the IRA joins the growing list of accomplishments by Biden and the 117th Congress, including the $1.9 trillion American Rescue Plan and the $1 trillion Infrastructure Investment and Jobs Act enacted last year.

How much credit should Biden get for legislative achievement? Do legislative accomplishments equate to strong presidential leadership?

Put another way, what accounts for presidential success in Congress? Context or leadership?

First, most of the great legislative presidents had party majorities in both houses of Congress. Franklin Roosevelt and Lyndon Johnson, ranked as the greatest, had large, veto-proof majorities.

The importance of presidential party control can be seen in the case of Barack Obama.

Huge Democratic majorities in Obama’s first two years, 2009-10, enabled him to secure passage of the Affordable Care Act, an economic stimulus, and regulation of the financial industry.

The earlier legislation is introduced, the better the chances for passage. Think First 100 Days.

Third, crisis events can bolster presidential leadership, whether it was Abraham Lincoln and the Civil War, FDR and the Great Depression, or Ronald Reagan, the Iran hostage crisis, and economic stagflation.

When the panic over coronavirus began in March 2020, it only took President Trump and Congress two weeks to enact the $2.2 trillion CARES Act.

Only a month before, Trump survived a Senate impeachment trial, prosecuted by leaders of the Democratic-controlled House of Representatives.

Presented with divided government, Reagan’s gifts as a communicator forged a coalition of Southern Democrats and Republicans to enact his economic program.

Biden managed to get Democratic majorities in Congress to start his term.

However, a 50-50 tie in the Senate, broken only by Vice President Kamala Harris, meant U.S. Sen. Joe Manchin, Democrat of West Virginia, a state that voted 69-30 percent for former President  DonaldTrump in 2020, could singlehandedly block Biden’s legislative program.

Nevertheless, in the midst of the COVID-19 crisis, the president presented Congress with an enormous agenda.

Biden proposed and secured enactment of the American Rescue Plan in March 2021, less than two months after he took office.

On the other hand, the families plan and climate change measures stalled because of Republican opposition, Manchin’s objection to growing the welfare state, and his protection of the coal industry.

Until late last month, it appeared that Biden’s legislative performance would be known more for losses than for wins.

Then, Manchin announced his support of the newly-named Inflation Reduction Act, which provides $370 billion for investments in renewable energy and authority for the government to negotiate drug prices for Medicare recipients.

What turned Manchin around? Was it a dramatic Biden speech? You must be kidding.

Maybe it was presidential hardball, LBJ-style.

Well, no. The president refrained from personally criticizing Manchin, a longtime colleague.

When economists convinced Manchin the bill would not add to inflation, the Democrats sprung their surprise.

Betrayed at finding Manchin was really a Democrat, Republicans blocked the passage of the PACT Act, which funded treatment of soldiers exposed to toxic burn pits.

Feeling the wrath of veterans and comedian Jon Stewart, McConnell and the GOP reversed themselves. Thus, Biden prevailed by strategically doing nothing and watching his opponents self-annihilate.

All the while, U.S. House Speaker Nancy Pelosi, D-Calif., held together her slim Democratic majority.

Joined by Senator Bernie Sanders, I-Vt., House progressives voted for the IRA but expressed disappointment at the exclusion of social welfare provisions from the bill.

Doubtless, party control is the key to presidential success in Congress. However, the actual shape of legislation depends on leadership and bargaining skill.

With a little help from his friends, Biden passed the leadership test with flying colors.