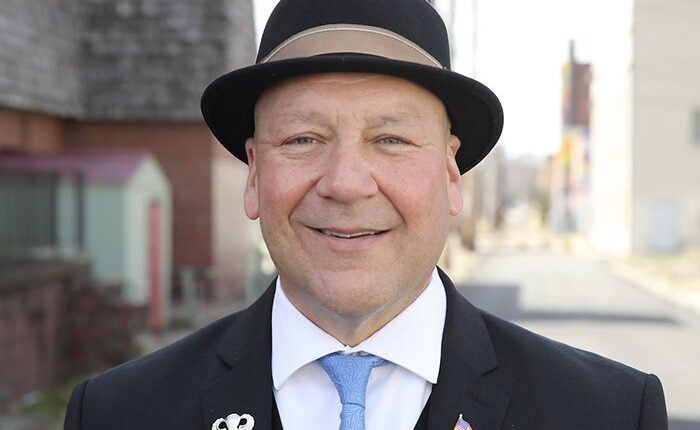 PITTSBURGH —  After losing the Democratic Primary in May, Pittsburgh mayoral candidate Tony Moreno announced on Tuesday that he has accepted the Republican nomination, and will run as the GOP nominee for the General Election.

This isn’t the first time Moreno has shown ties to the Republicans. As WESA reported in March, Moreno was registered as a Republican between April 2018 and August 2019, before switching back to a Democrat shortly before announcing his run as a Democrat for mayor.

During his time as a registered Republican, Moreno also tweeted out a lot of support for former President Donald Trump, tweeting MAGA several times. In one tweet from July 2019, Moreno wrote that Trump speaks for him.

“The great President Donald J Trump also has a responsibility to protect this country,” tweeted Moreno, who made his Twitter private sometime after Pittsburgh City Paper wrote about his Trump support. “They want to make it socialist and hate America. They try to impeach him, falsely accuse him and turn against American values. That’s what I would have said. He speaks for me.”

On June 29, Moreno held a press conference in Homewood to announce his run as a Republican. Despite losing the Democratic contest this spring, Moreno received enough write-in votes to secure the Republican nomination.

“People are going to try to make this election about a Democrat versus a Republican, a socialist liberal versus a conservative,” Moreno said according to WESA-FM. “But this general election is about one thing: a clear choice between someone who will continue the corruption in our city or someone who will serve the people of this city every day.”

Here’s Tony Moreno, formally announcing what has been expected since the May primary if not before:He will be running for Mayor as a Republican after winning enough write-in votes to qualify on the GOP ticket while finishing 3rd in Dem primary. pic.twitter.com/uihA9AK4lB

Moreno announced at his press event that he switched his party registration to Republican, and did so because he Democratic “establishment” rejected his campaign in the primary “for yet another career politician that wants to divide this city,” according to the Pittsburgh Post-Gazette.

The backdrop of Moreno’s announcement was Race Street in Homewood, near where community activists have called on the Pittsburgh Water and Sewer Authority to fix a problem of frequent flooding and sewage backups.

According to PublicSource reporter Charlie Wolfson, Moreno said, “Pittsburgh, I will protect you,” and criticized his opponent, state Rep. Ed Gainey, D-Allegheny, now the Democratic mayoral nominee, as a “socialist liberal” and an “abuser.”

Gainey, who defeated incumbent Mayor Bill Peduto in May, said he welcomed Moreno into the race in November’s General Election.

“Rep Gainey welcomes Mr. Moreno to the race, and looks forward to a positive general election campaign in which he’ll continue to talk about his vision for uniting our city and building a Pittsburgh for all,” Gainey’s campaign said in a statement.