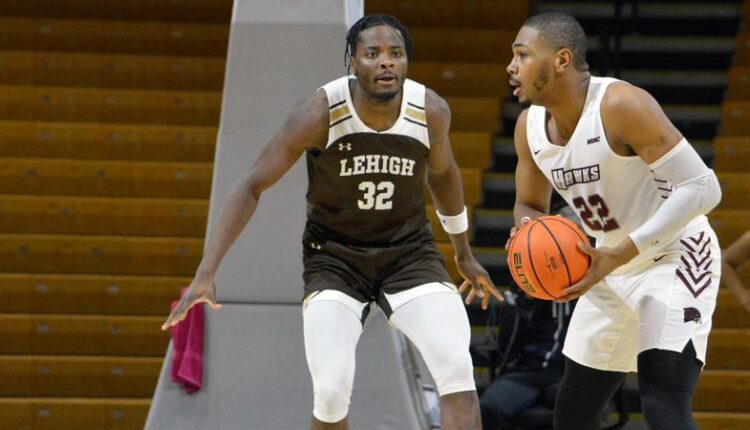 BETHLEHEM, Pa. – The Lehigh men’s basketball program looks to get back in the win column as the Mountain Hawks return home to take on UMBC on Saturday afternoon inside Stabler Arena. Lehigh has won his last three meetings with the retrievers as the Brown and White lead the overall series 3-2.

Lehigh (4-3) enters the night coming off a 64-60 loss down at Maryland Eastern Shore, which snapped a four-game win streak. Sophomore Tyler Whitney-Sidney led a trio of Mountain Hawks that recorded double-figures with 17 points and team-high nine rebounds. He went 5-for-10 from the field and a perfect 6-for-6 at the free throw line and added two assists and a steal. Classmate Keith Higgins Jr. finished with 14 points and five boards while going 4-for-8 beyond the three-point line while junior Dominic Parolin registered 12 points, a steal and one rebound.

Three Mountain Hawks are averaging double-figures after seven games this season, led by senior Evan Taylor, this week’s Patriot League GEICO Player of the Week, with 13.3 points per game and second on the squad with 5.4 rebounds per outing. Higgins Jr. follows with 12.4 points and 2.4 assists per game while Whitney-Sidney has 11.7 points, a team-leading 14 steals and 5.1 rebounds.

UMBC (4-4) is coming off a big win over Coppin State, where the Retrievers recorded a school record 21 three-pointers and will look to carry their sharp shooting into Saturday’s matchup with the Mountain Hawks. Four retrievers are scoring at least nine points per contest, led by graduate student Colton Lawrence, who is averaging 16.6 points per game. Junior Matteo Picarelli leads UMBC is made three-pointers with 26 and is scoring 13.0 points per outing while senior Jacob Boonyasith rounds out the double-digits scorers with 10.6 points per contest and has dished out a team-high 26 assists on the year.

Tickets to Saturday afternoon’s game can be purchased at LehighTickets.com or by visiting the Stabler Arena box office prior to tip off.

The Mountain Hawks will have 11 days until they hit the hardwood for their next contest, when the squad travels to Wisconsin to take on the Badgers on Thurs., Dec. 15, inside the Kohl Center. Tip-off is set for 6 pm CST / 7 pm EST and will be broadcast on Big Ten Network and Fox Sports Radio 94.7 FM and 1230 AM.