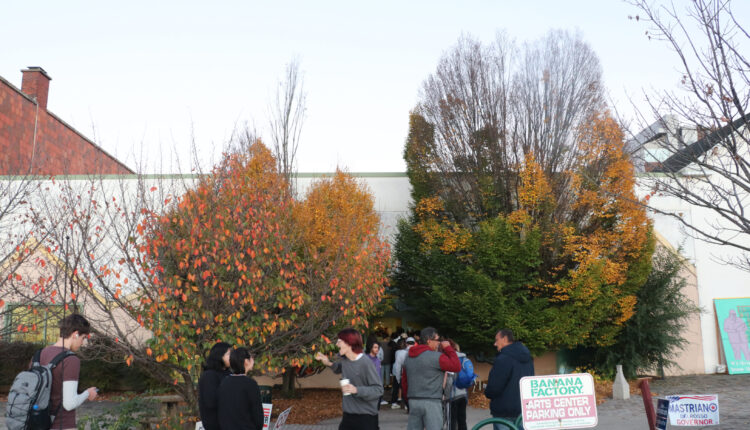 The Bethlehem community was joined by Lehigh students, both Pennsylvania natives and out-of-state students, to vote in the midterm elections on Nov. 8.

For the time they are at Lehigh, students are also considered residents of Pennsylvania, allowing students from all over the country to choose whether to vote in their home states or in Bethlehem.

The term “out-of-state voter” is defined by Lehigh’s political science department chair Brain Fife as both “a person who is a registered voter in another state getting an absentee ballot and voting in that state” or “a transient population like the students (at Lehigh).”

“Depending on where you’re coming from, Pennsylvania is a key battleground state, so elections here are fascinating,” Fife said.

Ethan Bernstein, ’26, is from New Jersey. He said he felt his vote would be more important and impactful in Pennsylvania due to his party affiliation.

Isha Popat, ’24, from Houston, Texas also chose to register in Pennsylvania when she was a first-year student at Lehigh. Her first time voting in Pennsylvania was for the 2020 presidential election.

“I just didn’t feel like my vote would have counted as much (in Texas),” Popat said.

Lehigh staff and student organizations aided students in registering to vote in the November midterms.

“It was very easy,” Bernstein said about registering to vote in Pennsylvania.

He said other students walked up to him with a clipboard, asked if he was registered, and when he said no, they helped him fill out a quick form. Two weeks later, his registration came in the mail.

Popat recounted a similar experience where she signed up online. She said encouragement and activism from the Lehigh community to register and participate in elections has increased both on and off campus. This was different from her experience in Texas.

Fife said it is important for out-of-state voting and registration to remain accessible and easy, especially since the American population moves between states often.

Though out-of-state voters play a large role in battleground elections, Fife said increasing young voter turnout is beneficial to the country as a whole, no matter the state.

“We could do a lot better than 43.5%, which is what turnout looks like for the voting-age population this year,” he said.

Fife said civic engagement on campus encourages individuals to work together and positively impact their community, which is enhanced by the diversity of Lehigh students.

“Students from all over the country bring different perspectives to politics and the electoral process, and so I think it’s a very positive feature of Lehigh University,” Fife said.