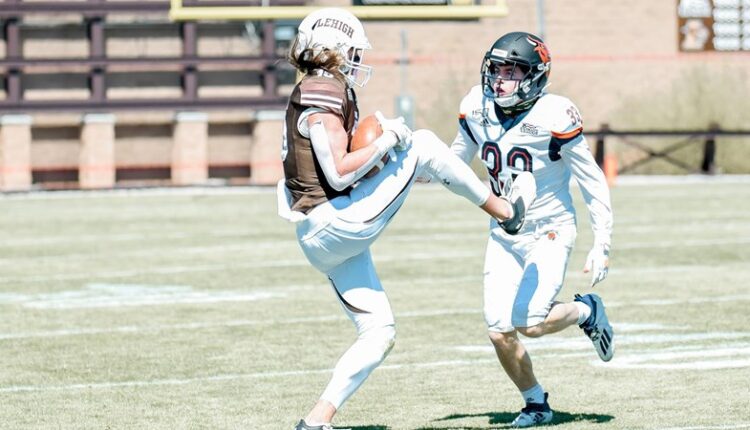 Dambach was appointed to the Academic All-Star Team as one of 54 student athletes of the FCS (of over 100 applicants).

Football players from all institutions of the Football Championship Subdivision (FCS) are eligible for the award. Each of the nominees was required to have an undergraduate grade average of at least 3.20 and be a starter or key player with legitimate track and field credentials. They must have completed their second sporting and academic year at the nominated institution and have completed at least one full academic year at the nominated institution. They must also have participated in 50 percent of the games played in their assigned position.

Dambach is a finance professional with an accumulated GPA of 3.95. He was awarded the Academic All-Patriot League for the first time in the spring and recently received the CoSIDA Academic All-District Award for the second time in a row. Dambach is a two-time member of the academic honor list of the Patriot League, which booked a 4.0 semester in autumn 2020.

Lehigh’s lead receiver in the spring, despite missing one of his three games, Dambach had eight receptions for 103 yards in two spring competitions, averaging nearly 13 yards per catch. For his career, Dambach has 48 catches for 580 yards and three touchdowns in 22 games.

Dambach is the eighth Lehigh soccer player to earn a spot on the FCS ADA Academic All-Star Team and the first since Harrison Kauffman in 2018.