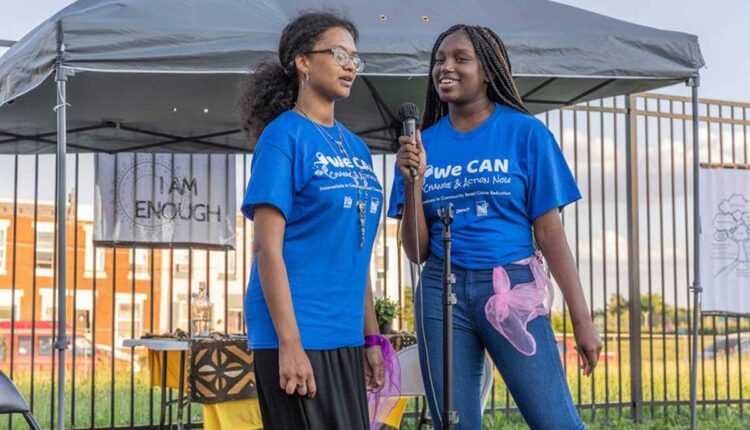 (Image via The Philadelphia Gay News).

PHILADELPHIA — The nonprofit Creative Praxis recently wrapped up the youth-centric study My Voice Matters in partnership with the We CAN Collaborative (Change and Action Now). The study focuses on ways of ameliorating community policing and public safety in Philadelphia’s Kensington and Fairhill neighborhoods.

Creative Praxis is a youth-centric training organization that fosters liberation via community building, the creation of art, restorative practices and more; We CAN, which focuses on crime reduction, is an amalgam of three Kensington/Fairhill organizations: Hispanic Association Contractor Enterprises (HACE), Impact Services and New Kensington Community Development  Corporation.

Conversations and workshops with neighborhood youth ages 14-24 were at the heart of the four-month study. At its close, youth provided recommendations on how police officers can better interact with the community while on the job, ways that community members can have a voice in public safety measures and the need for young people to be involved in conversations about public safety and policy.

Youth presented their findings from the My Voice Matters study on June 15 at the Orinoka Civic House in Kensington, and their recommendations spanned four main topics: investment, training, community involvement in policing, and police accountability. Police officers from the 24th district were also present at the event.

Among the recommendations in the four categories were stronger investment in housing, restorative processes rather than punitive ones, anti-racism and de-escalation education, community service for police officers in their respective districts, and police doing community recruitment via an internship program. 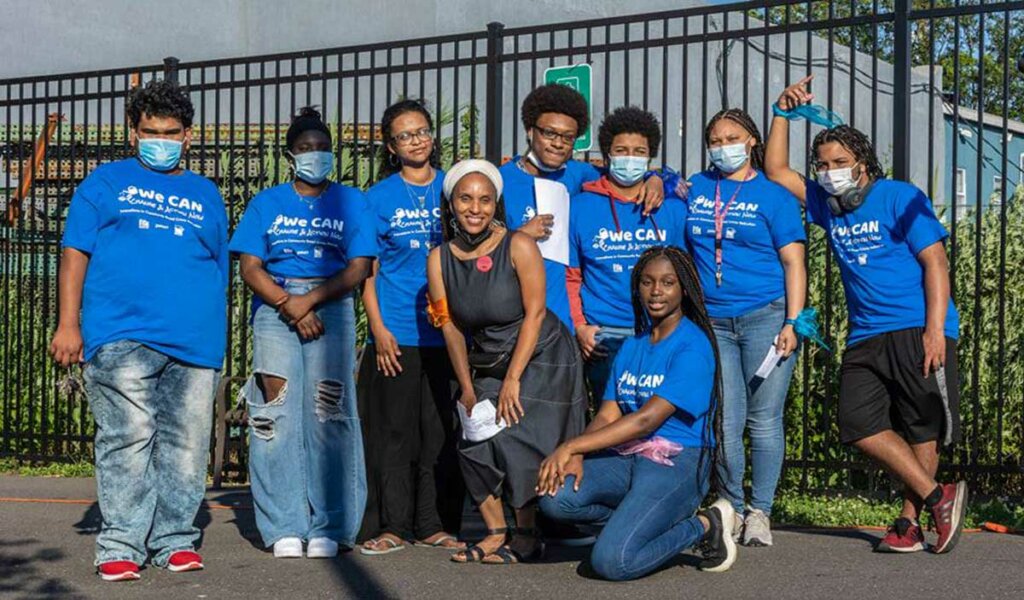 “These are all things that the We CAN Collaborative is trying to advance,” said Stasia Monteiro, Neighborhood Advisory Committees (NAC) program director for HACE. “I think it’s going to take more than just our three agencies to make it a reality.” NAC is part of the City’s division of Housing and Community Development.

When youth and facilitators convened to discuss the need to change current policing and public safety measures, they analyzed social issues from a systemic perspective, Eubanks-Dixon said. She compared problems in the community to leaves on a tree, and the institutional shortfalls that perpetuate those problems to the tree’s trunk.

“The leaves are just a manifestation of what’s happening at the trunk level,” she said. “[We guide] young people to really start to think about what is the root cause for some of the things that we see in our community, like homelessness, gun violence and police brutality. What are the things that are holding this up, that are allowing this to happen and what is the root cause of that?”

A summary of the My Voice Matters study shows that racism, capitalism, colonialism and “force and control” comprise the roots of the problem.

The history of police brutality against Black and indigenous people of color and against the LGBTQ community is intertwined. The 1969 Stonewall Uprising, where queer and trans women of color played instrumental roles in rebelling against police violence, galvanized the modern LGBTQ rights movement.

The 2017 study “Police Brutality and why it is an LGBTQ issue” reads in part, “Although it may seem like police brutality has nothing to do with LGBTQ people, especially if they are white, the truth is not so simple. As illustrated by its rainbow symbol, ‘LGBTQ’ is a conglomeration, not a monolith… Some gay people are cis, some trans people are straight, some bisexual people don’t have genders and people of all races can be LGBTQ. Given the community’s inherent diversity, different populations within it face different experiences of oppression. In terms of violence and discrimination, including involvement in law enforcement, trans women of color have it harder than most.”

The same study reported that unarmed Black Americans are 3.49 times more likely to be killed at the hands of the police than unarmed white Americans.

A 2014 Williams Institute survey of LGBT people and those living with HIV in the U.S. reveals that of the 73 percent of respondents who had face-to-face interactions with the police in the previous five years, 21 percent reported experiencing hostile attitudes from police officers, 14% said they were verbally assaulted, 3 percent reported sexual harassment and 2 percent said they were physically assaulted.

“Whether that’s the Black community, immigrant community, the LGBTQ community, that there’s been abuse and violence at the hands of law enforcement on communities that society has deemed as the ‘other’” Eubanks-Dixon said. “We need to grapple with that history… police officers need to understand it and be aware of how that still shows up today.”

The need for safe spaces proved to be a recurring theme among the LGBTQ youth who participated in the My Voice Matters study. “They talked about what it means to be a queer Black person and how police officers and other people in positions of power treat them,” Eubanks-Dixon said.

HACE’s Monteiro echoed the need for safe spaces and creative outlets for youth of any background.

“We saw that [youth] were very eager to express themselves, express their creativity through song, through spoken word, through visual art that they created,” Monteiro said. “I definitely see that that creative expression piece is underserved as of now. When we hold the space and offer the resources for that, it really can create more connection and joy, and ultimately bring us to a safer place where people feel at home.”