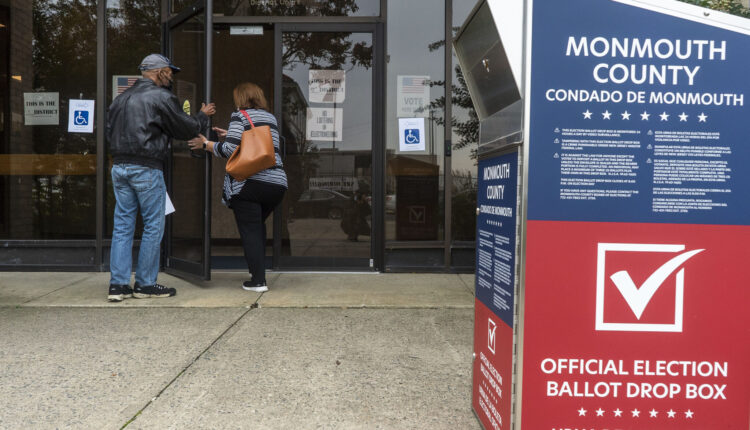 As New Jersey gets ready for November’s general election — officials across the state began sending out mail-in ballots on Saturday — voters face an election landscape much changed by a slew of legislative reforms taken since before the pandemic.

Foremost among the changes is the state’s adoption of early in-person voting, allowing residents to cast machine votes during a nine-day period before a given general election. That period is three days for a primary, or five for a presidential primary.

But advocates view the advent of early in-person voting as a major shift, and they expect the practice to grow in popularity as it ages.

“When we first introduced no-excuse absentee voting, no-excuse vote by mail, we didn’t have huge numbers, but now we do,” said Henal Patel, director of the New Jersey Institute for Social Justice’s democracy and justice program. “It takes a little while for voters to get used to it, but once they do, they like the choices.”

Mail-in voting turnout has been on the rise for more than a decade, and growth has only accelerated in recent years. In 2019’s general election, 16.7 percent of voters cast ballots by mail. Last year, that number was 22.5%. Mail-in turnout tends to be higher in primaries than in general elections.

New Jersey’s 2020 elections were conducted almost entirely by mail because of the pandemic.

New Jersey Gov. Phil Murphy’s reelection in 2021 seemed in doubt on election night because of the large number of mail-in votes he received that were not counted immediately after polls closed. (Daniella Heminghaus for New Jersey Monitor)

Gov. Phil Murphy in July signed into law a package of bills sponsored by Assembly Speaker Craig Coughlin, D-Middlesex, that, among other things, allow election officials to begin canvassing — but not tallying — mail-in ballots five days before Election Day.

Those reforms were prompted by furor among elected officials and political operatives over a slow trickle of election results that left some races undecided for days. The delays were largely fueled by voluminous mail-in ballot returns.

The 2020 general election matchup between then-state Sen. Tom Kean and Rep. Tom Malinowski went undecided for days as the incumbent’s Election Day lead wore down over more than a week.

Now, election boards must post how many ballots they’ve received and how many they have yet to count each night, providing at least some insight into the trajectory of a tight contest.

Advocates point to other moves, like the state’s restoration of voting rights to people on parole or probation and the launch of an online voter registration system, as major steps forward.

All-mail elections held in May 2020 had exposed a potential problem with the state’s mail voting system: The United States Postal Service couldn’t be relied on to deliver completed ballots to election officials before the end of the state’s grace period, which was then just two days.

The state expanded the grace period for the primary and general elections that year, allowing officials to tally ballots that reached them within seven days of an election so long as they were postmarked on or before Election Day. That grace period has since been reduced to six days.

Also in 2020, New Jersey began sending cure letters to mail-in voters whose ballots were slated for rejection, allowing them to fix technical issues or confirm they signed a ballot that was rejected because of a signature mismatch. This change may have contributed to delays in reporting election results and forced lawmakers to adjust election certification timelines. Lawmakers this year reduced the cure period from 13 days to nine.

The voting package Murphy signed into law in July also allows minors to serve as poll workers, an uncontroversial move made to address poll worker shortages that had become a regularity during the pandemic, as the many elderly residents who regularly man polling stations deferred over virus fears.

A separate bill signed that month requires the state to review death records two months before an election to move dead voters off the rolls. The bill also allows remote training for poll workers and exempts poll worker pay from state taxes.

The state’s management of its voter rolls was boosted last month when New Jersey joined the Electronic Registration Information Center, which obtains and analyzes voter information from member states to remove duplicate registrations. 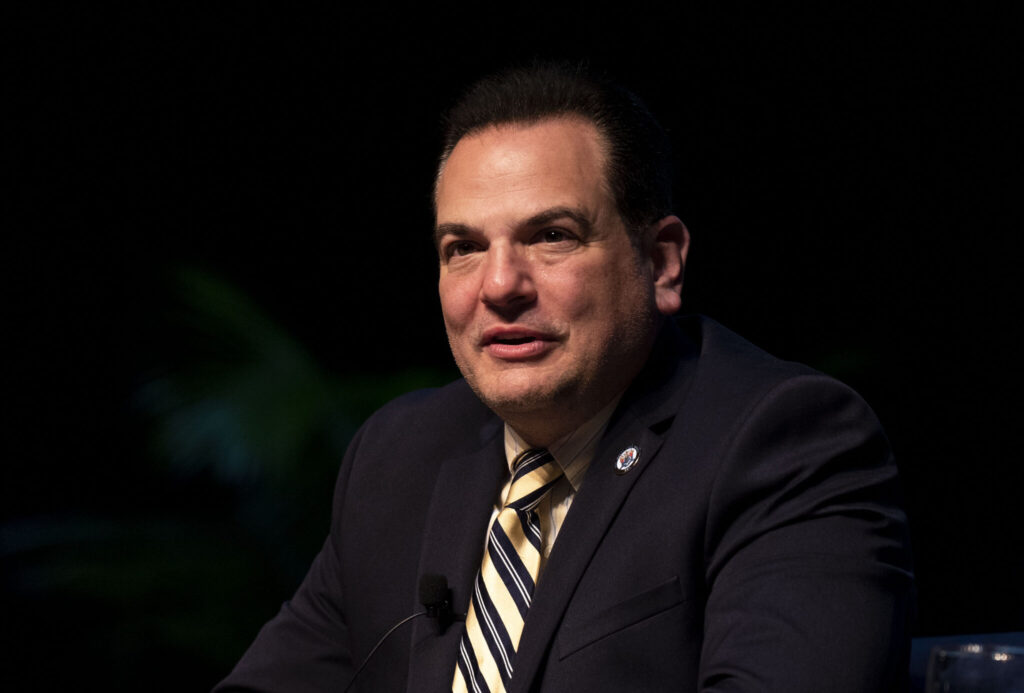 Approval of same-day voter registration has been in limbo because of opposition from state Senate President Nicholas Sctuari. (Daniella Heminghaus for New Jersey Monitor)

While New Jersey has been no stranger to election reforms in recent years, some have proven easier to enact than others.

Advocates have long called for the state to adopt same-day registration, but that push has met resistance from the Democrats in the state Senate, who say they fear their elections might be complicated by same-day registrants. It would be all but impossible for campaigns to reach those voters in the run-up to Election Day, they say.

Existing law requires voters to be registered 21 days before a given election to vote in it. The same-day registration bill would cut that deadline to eight days while allowing voters to register and cast a ballot at their polling place on Election Day.

Voting reform advocates also want an expansion of a 2018 automatic voter registration program that gives residents the option to register when making a visit to the Motor Vehicle Commission.

“Automatic voter registration is a proven policy. It helps boost turnout and registration, cleans up the voter rolls, saves money, and we can apply that to more agencies — for instance, state Medicaid,” said Phillip Hensley, a democracy policy analyst at the League of Women Voters of New Jersey.

Advocates also want to see New Jersey expand its language options for voting. While many New Jersey counties provide bilingual — and in at least two cases trilingual — ballots, they do so under a requirement of the federal Voting Rights Act, which mandates ballots in multiple languages if more than 5% of a county’s population are members of a single-language minority group and may not understand English well enough to vote.

A state-level codification of the Voting Rights Act is also among their priorities, especially as the U.S. Supreme Court prepares to hear a case over Alabama congressional districts that a lower court found violated the law. The case, set to be heard next month, could gut parts of the Voting Rights Act meant to bar voting procedures that discriminate based on race.

“States are stepping up to the plate and passing state-level reforms which go further in terms of protecting the right to vote at the state level,” Hensley said. “New York has done it. New Jersey should do it too.”

Nikita Biryukov is a reporter for the New Jersey Monitor, a sibling site of the , where this story first appeared.