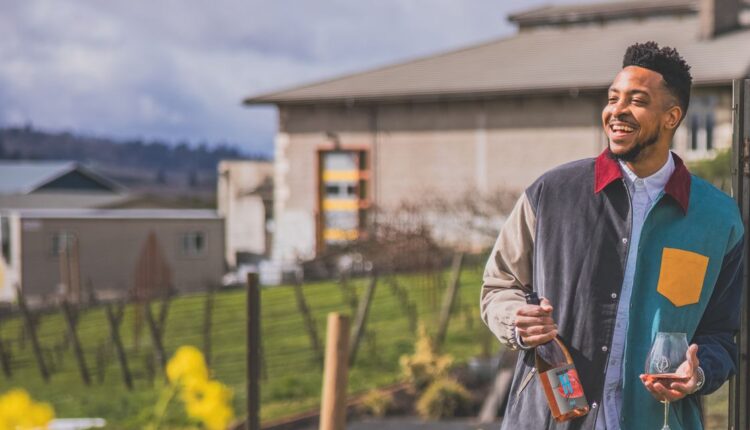 In his eighth season with the Portland Trail Blazers, CJ McCollum has earned the respect of his peers, the media and fans alike for his sympathy and skill on the basketball court. McCollum, the first NBA player to graduate from Lehigh University in Bethlehem, Pennsylvania, has exceeded expectations throughout his career – the 2015/16 NBA’s most improved player, consistently among the league’s top scorers.

As McCollum is battling for his first NBA championship, he recently added a new skill to his repertoire: winemaking. The sniper has teamed up with Oregon’s historic noble home Vineyard, which has been making award-winning wines in the Chehalem Mountains of the Willamette Valley since 1972, to produce its own line of wine: McCollum Heritage 91. The first two vintages since launching last year – a Pinot Noir and a rosé – each sold out in less than three hours.

The Canton, Ohio local’s path to winemaking took shape when he joined the NBA and moved to Oregon in 2013.

“I was introduced to wine in my early twenties by my current wife, Elise,” says McCollum. “Then my accidental move to one of the best wine regions in the United States took my existing passion for and knowledge of wine to new heights. I had the opportunity to immerse myself in the Willamette Valley and Pinot Noir deserves a special place in my heart. ”

As a developing oenophile, McCollum learned as much as possible about wine and the surrounding industries, and familiarized himself with some of the 550 wineries in the Willamette Valley.

“With the launch of McCollum Heritage 91, I’m approaching the basketball court very much. Both passions require a lot of study, analyzing the complexity, learning the different strategies, understanding the competition, and investing time to master the pros and cons, ”he says. “And of course, I’ve practiced by tasting some of my favorite wines from the Willamette Valley and beyond.”

McCollum shares his wine with teammates, shares a bottle with point guard Damian Lillard for Lillard’s birthday, and ships more than 80 bottles to Orlando during the NBA’s summer bubble. “I’ve turned my hotel room into a makeshift basement,” he says.

McCollum Heritage 91 is full of personal details: “Heritage” is the name of the street he grew up on in Canton. “91” stands for his year of birth; On the label is his wife’s favorite flower, the anthurium, a symbol of happiness, abundance and hospitality.

McCollum has also partnered with seven like-minded Oregon wineries to launch the One Barrel Challenge, a collaborative effort to make Oregon’s wine industry more accessible and inclusive, regardless of color, class, or creed. Each participant has donated the equivalent of a barrel of wine (25 cases), with 100% of the proceeds going to access and education to break down barriers in the wine industry.

McCollum, 29, recently spoke to Penta about his favorite things.

The best book I’ve read in the last year is … The alchemist by Paulo Coelho.

The one trip I have taken that I would love to do again … My wife and I traveled to Tuscany a few summers ago. It was an amazing journey full of great food and great wine. We look forward to a reunion.

What makes me get up in the morning is … knowing that every day is a blessing. I don’t take my life, the people in it, or the great experiences I’ve had for granted.

My favorite foods and drinks right now are … Pasta and water are always my favorite drink – unless it’s red wine time.

My favorite restaurant in the world is …
Carbones
[which has locations in New York City, Miami, and Las Vegas]. I enjoy authentic Italian food and they have sensational flavorful rigatoni and meatballs.

Something I do to relax is … meditate. I enjoy meditation because it relaxes my mind and is good for my heart, soul and body.

At my fantasy dinner party, the guests included …
Jesus, Jay-Z, Martin Luther King Jr., Jackie Robinson, President Obama and my grandpa. I think it would be an amazing conversation with great storytelling.

One childhood memory that I cherish is … be able to play on the same basketball team as my older brother. This was one of my earliest moments in sports as my mom and dad trained us and rested for my brother and me.

A passion of mine that only a few know is … My love for fries and hot yoga. I can’t get enough of it either.

One person who inspired me to do what I do is … my mother. She always believed in me and always encouraged me to pursue my dreams and be authentic without excuse for who I am and what I stand for.

The only thing people don’t understand about me sometimes is … that I can be very blunt and straight to the point. That being said, I think people get along well with me.

When travel opens up more freely and I have time, my first stop is … to visit my family. Then I’ll have a nice vacation somewhere where there’s sand and the weather is extremely warm.

This interview has been edited for length and clarity.