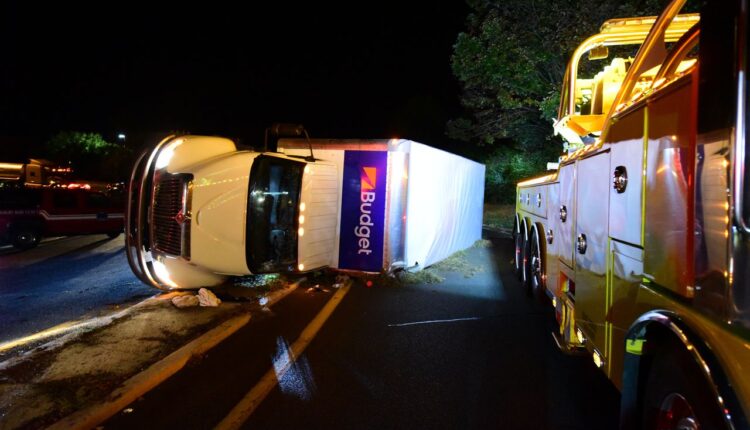 Two people injured when a van overturned in Bloomsbury

Two were injured in a rental car rollover accident in Bloomsbury on Monday evening.

New Jersey State Police’s Perryville Station responded to an accident at 7:16 p.m. on Exit 7 of Route 78 heading west to Route 173

A van driving on the exit rolled onto the driveway from Route 173 to Route 78 heading west and blocked the driveway completely.

Police confirmed that both the driver and front passenger suffered minor injuries and were being transported from the scene to St. Luke’s University Hospital in Bethlehem, Penn.

Both the exit and the driveway were closed by police during the incident and have been reopened since then.

The Bloomsbury Fire Company, Pattenburg Rescue Squad and State Department of Transportation officials, who police said had helped block the lanes, also responded to the crash.

Caroline Fassett can be reached at [email protected]

Do you have a tip? Tell us.nj.com/tips