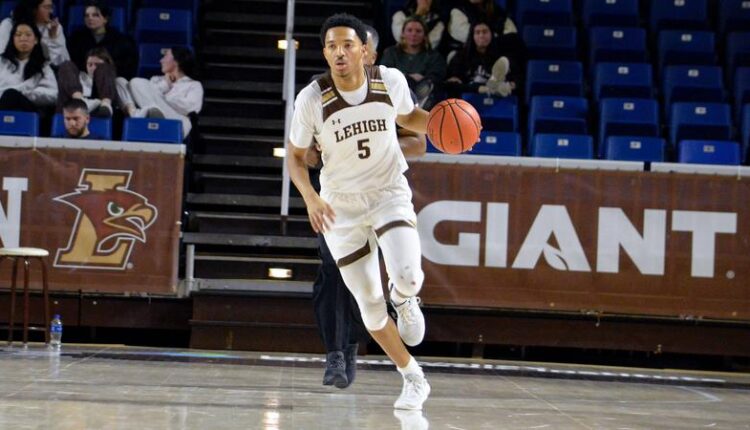 BETHLEHEM, Pa. – Lehigh senior Evan Taylor was selected as the Patriot League Men’s Basketball GEICO Player of the Week on Monday afternoon, the first weekly award of his career.

The Lehigh men’s basketball program earned its fourth consecutive win to improve to 4-2 with an 80-76 victory over Monmouth on Sunday night. Earlier in the week, the Mountain Hawks won their first road game of the season with an 82-76 win over Saint Francis (Pa.) in Loretto.

He tallied 16 points, seven rebounds and two assists on Monday’s road win at Saint Francis (Pa.) before following it up with a 25-point performance in Lehigh’s win over Monmouth Sunday evening. Taylor finished one point shy of matching his career high in points, and was 5-for-8 from long distance and 4-for-5 from the charity stripe.