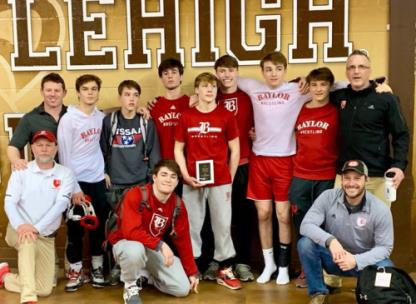 Senior Mason Reiniche was the only finalist among the Baylor wrestlers to finish second in the 170-pound weight class and lose 5-3 in the championship bout to Blair’s Julian Ramirez. Andrew Pace, also a senior, finished fourth with 145 pounds and lost a 9-6 decision against Cole McGill of Pomfret (Conn.) In the consolation final. Reiniche was second last year with 160 pounds and Pace was sixth with 138.

Back that year, freshman David Harper was sixth at £ 195, junior Noah Horst was tenth at £ 126, freshman Garrsion Dendy was tenth in the £ 132 class, and freshman Jackson Bond was 19th with 106 pounds.

To see all of the tournament rankings, visit nationalprepwrestling.org.