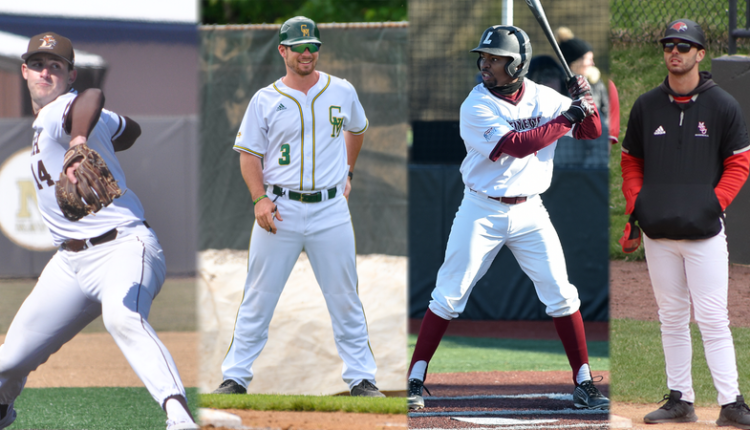 BETHLEHEM, Pa. – Peter E. Bennett ’63 Lehigh Head Baseball Coach Sean Leary has finalized his coaching staff for the 2023 season. Leary announced the addition of Pat Knight as the Mountain Hawks’ pitching coach over the summer. Knight will be joined on staff by Tyler Nelin and Trey Durrah. In addition, former Lehigh standout pitcher Mason Black will be serving as Director of Operations for his alma mater.

Nelin spent four years on the coaching staff at his alma mater, George Mason University, where he spent three seasons as a volunteer assistant before serving as a graduate assistant during the 2022 season. He was a standout catcher/outfielder for the Patriots from 2015-2018, finishing with 211 career hits, 19 home runs and 104 RBIs.

The Virginia Beach, Va., native was a two-time second team All-Atlantic 10 honoree. Nelin spent the summer of 2022 at Elon University before joining the Lehigh staff.

The Easton native earned his degree in Economics from Lafayette in 2020.

Black will serve as Lehigh’s Director of Operations this fall and winter before resuming his minor league baseball career in February. The 2021 Patriot League Pitcher of the Year, Black was selected 85th overall (third round), by the San Francisco Giants in the 2021 MLB Draft. He began the 2022 season at Class A San Jose before moving up to High A Eugene. Black threw 112 innings in his first minor league season, going 6-4 with a 3.21 ERA at 136 strikeouts.

Knight was hired in August after three seasons at Montclair State, where he helped lead the Red Hawks from a 12-win season in 2019 to a Top 25 national ranking in 2022.

The new additions join a program that went 26-24 overall in 2022 and reached the Patriot League Tournament for the second consecutive season.