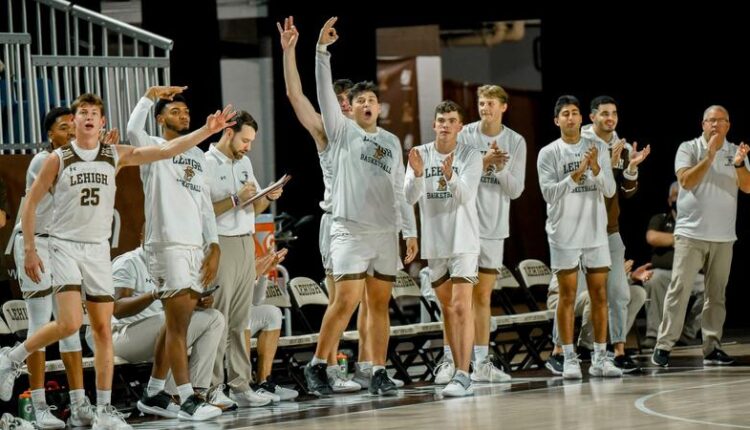 BETHLEHEM, Pa. – The Lehigh men’s basketball team officially began preparations for the 2022-23 season last week, and on Monday the Mountain Hawks unveiled their schedule for the upcoming campaign. The Mountain Hawks will play three power conference opponents, including two NCAA tournament teams from a season ago, and will play 14 games at home.

The Mountain Hawks will be tested right from the start with back-to-back season-opening games against teams from the Atlantic Coast Conference. Lehigh will open the 2022-23 season at Syracuse on Monday, Nov. 7. The Mountain Hawks opened the 2015-16 campaign at the JMA Wireless Dome. Last year’s scheduled meeting between the teams was ultimately canceled due to COVID-19 protocols within the Orange program. On Nov. 10, Lehigh will travel to Blacksburg, Va., to face defending ACC Tournament champion Virginia Tech. The Mountain Hawks and Hokies have met just once before, in the 2019-20 season.

Lehigh will open his home schedule against Misericordia on Sunday, Nov. 13 and will then welcome Marist to Stabler Arena on Wednesday, Nov. 16.

Following a visit to Saint Francis (Pa.) on Nov. 21, Lehigh will be back in Stabler on Sunday, Nov. 27 to close out Thanksgiving Weekend against Monmouth.

Lehigh will travel to Maryland Eastern Shore on Nov. 30 before welcoming the Retrievers of UMBC to Stabler Arena on Saturday, Dec. 3 in the Mountain Hawks’ final game before the final exam break.

Coming out of the exam break, Lehigh will travel to Madison, Wis., for his first-ever meeting with the Wisconsin Badgers on Thursday, Dec. 15. Wisconsin reached the round of 32 at last year’s NCAA Tournament after defeating Colgate in the first round. Lehigh will host St. Elizabeth University on Saturday, Dec. 17 before closing out the non-league slate at Cornell on Dec. 20

Lehigh will play three of its first four Patriot League games on the road, beginning with a Dec. 30 visit to Army West Point. The lone home game during that span is a visit from two-time defending league champion Colgate on Jan 2. The return game against the Raiders will be Feb 8 in Hamilton, NY

The Rivalry, presented by Lehigh Valley Orthopedic Institute, returns to Stabler Arena Jan 21 as Lehigh hosts Lafayette, with the return game set for Feb 4 in Easton.

The regular season concludes with a visit to Boston University Feb. 25. The Patriot League Tournament begins with the first round Feb. 28 and concludes with the championship game on Mar. 8.

Calls to fear Soros and the ‘globalists’ are antisemitic. We must reject them | Opinion