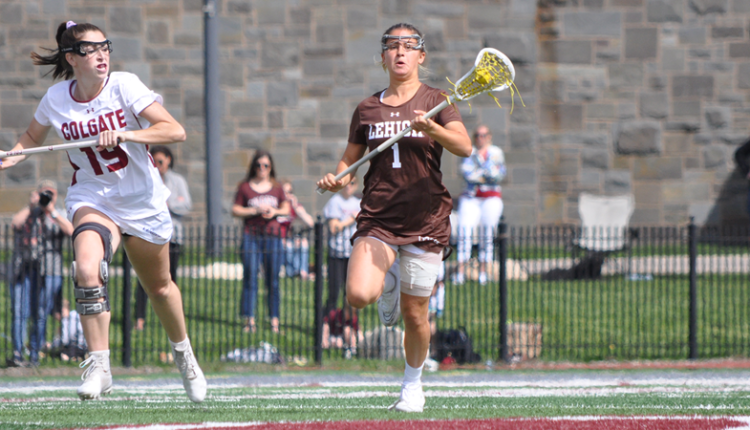 BETHLEHEM, Pa. – Two days after being named first team All-Patriot League, Lehigh women’s lacrosse junior Gabby Schneider was recognized on the 12-member Academic All-League team, as announced on Wednesday. Schneider owns an impressive 3.51 grade point average as a psychology major, while leading the Mountain Hawks with 76 points behind 33 goals and a team-leading 43 assists.

This marks the 11th time in as many seasons of the Academic All-Patriot League team’s existence that the Mountain Hawks have had an honoree. The most recent honoree last season was Alexandra Ladda.

On the field, Schneider was named first team All-League for a second straight season. The attacker leads the Patriot League and is fourth in the nation in assists (43), fifth in assists per game (2.53) and is third in the league in points (76). She set a program record for assists with seven against Lafayette, and her 89 career assists are now second in program history. Schneider has posted multiple points in every game, and three or more points in all but one contest, including four with 7+ points. She also recorded five goals and two assists against La Salle (in a game which saw her eclipse 50 goals, 50 assists and 100 points all in the same time), while recording four goals and three assists vs. Siena.

Schneider and the Mountain Hawks return to the field on Thursday at No. 7 Loyola in the Patriot League Semifinals. Gametime is 3 pm on ESPN+.

Even When IVF Is Covered by Insurance, High Bills and Hassles Abound