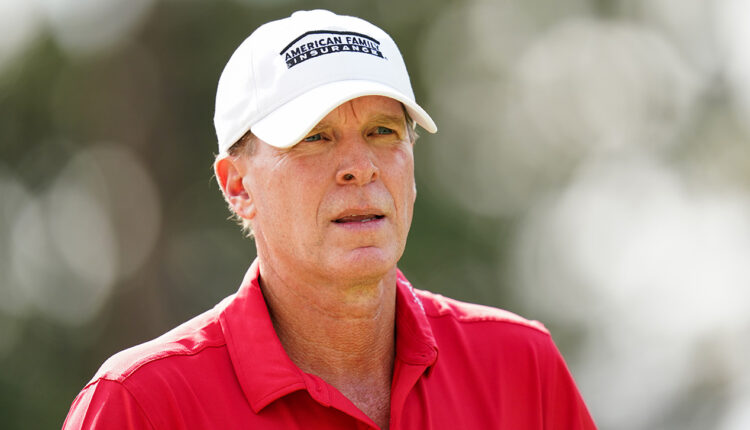 Steve Stricker will not compete in THE PLAYERS next month, he told the website Wisconsin.Golf, as he continues to recover from an illness that first developed last October.

The Wisconsin native, who captained the United States to victory at last fall’s Ryder Cup, lost 25 pounds due to a “mysterious ailment” that led to two separate hospital stints.

Earlier this year, Stricker had outlined a goal of returning to action at TPC Sawgrass next month as he worked to regain strength from a malady that included an irregular heart rate, soaring white blood cell count and declining liver count.

On Tuesday, the 12-time PGA TOUR winner revealed that competing in THE PLAYERS would not be possible.

“Not strong enough to play in THE PLAYERS in a couple weeks,” Stricker said in a text message to Wisconsin.Golf. “I’m hoping to play in April.”

Stricker gained entry into THE PLAYERS via his victory at the Bridgestone SENIOR PLAYERS Championship last June, where he shot a 7-under total to win by six shots at Firestone Country Club in Akron, Ohio. It marked his third senior major title and seventh victory on PGA TOUR Champions.

Stricker has made 22 PLAYERS Championship appearances across a 32-year professional career. He has recorded eight top-25 finishes at TPC Sawgrass, highlighted by a T6 in 1999.

The 55-year-old last competed at the PGA TOUR Champions’ Constellation FURYK & FRIENDS last October, where he finished T7. After developing the illness, he was placed on a “no activity” order from his doctors, he told Wisconsin.Golf, and slated for an estimated return to competitive golf in late April or early May. He had hoped to accelerate the timetable for THE PLAYERS.

Stricker was cleared to travel on Jan. 1 and has spent most of the winter in southwest Florida.