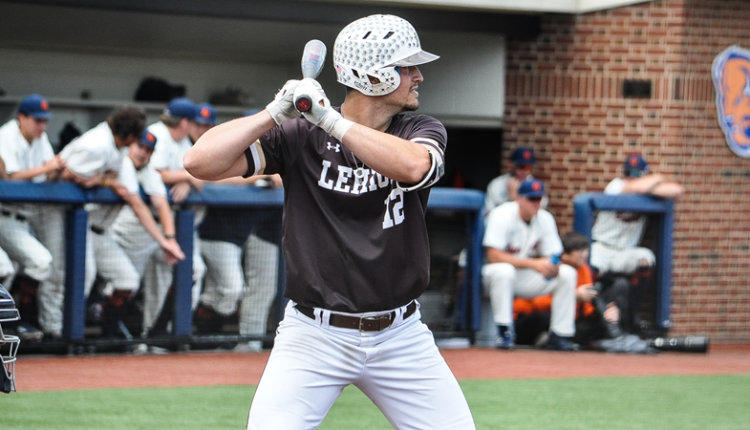 LEWISBURG, Pa. – The Lehigh baseball team built a 3-0 lead over Bucknell in the early innings before a sixth inning grand slam led to a five-run frame for the Bison as Lehigh fell 7-4 in Game 2 of the Patriot League Semifinals at Depew Field . With the defeat, the Mountain Hawks’ (26-24) season concludes as Bucknell advances to the Patriot League Championship Series against Army West Point.

Senior left-hander Matt Stamford had thrown 5.1 shutout innings before giving up the grand slam to Brendan Lowery in the sixth inning. Stamford struck out three with one walk in his final outing for the Brown and White.

For the second day in a row, the Mountain Hawks struck gold first with Joe Gorla’s RBI single to left center field as Casey Rother came around to score, making it 1-0.

Nole’s two-run homer to right field extended the Lehigh lead to 3-0, marking his second long ball of the season.

Stamford gave up his first runs of the game on a one-out grand slam off the bat of Brendan Lowery in the bottom of the sixth inning, pushing the Bison ahead 4-3.

Tyler Young brought Lehigh back within a run on his RBI double to left field in the eighth inning, scoring Retzbach to make it 5-4, but two more runs scored in the bottom of the frame off Bucknell hitting to take a 7-4 lead .

Chase Carlson led off the ninth with a single, but a fielder’s choice, swinging strikeout and fly out to left Andrew Funovits earned the save and sent the Bison to the Championship Series.

Rother singled early in the game to extend his hitting streak to 20 straight games, the longest streak in eight years. Rother, Young and Jake Whitlinger each finished the season with reached base streaks of more than 20 games in a row with 27, 26 and 20, respectively.

The Mountain Hawks end the 2022 season with 26 wins (the most since 2006) and a tournament berth for the second consecutive season.