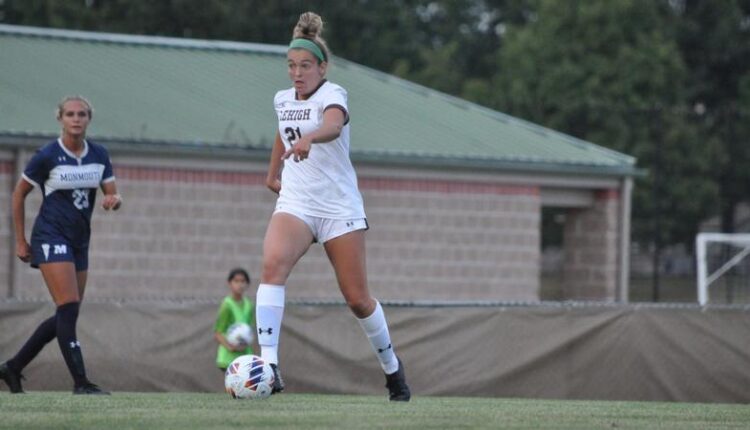 BETHLEHEM, Pa. – Coming off of two consecutive league games on the road, the Lehigh women’s soccer team will return to Bethehem on Friday to welcome Navy to the Ulrich Sports Complex. The Mountain Hawks will search for their third league win of the season as they take on the Midshipmen at 5 pm The game will be streamed on ESPN+.

Last time out, Lehigh traveled to Boston to take on Boston University at Nickerson Field. A strong defensive effort from both teams led to a 0-0 halftime score.

The Mountain Hawks continued to bring the offensive pressure, putting up shots throughout the second half but struggling to find the back of the net. In the 82nd minute, Boston scored the game-winning goal to improve to 3-1 in league play.

Navy is currently 5-4-3 overall this season and 2-2 in league play with wins over Bucknell and Colgate. Senior Olivia Foster, junior Jenna Daunt and sophomore Ashley Yi each have two goals for the Midshipmen this season. Junior goalkeeper Mattie Gallagher has tallied 54 saves in net for Navy so far this season.

The Mountain Hawks will look to snap Navy’s 11-game winning streak in the series on Friday as they search for their fifth win over the Midshipmen. Lehigh defeated Navy 1-0 back in 2011 at the Ulrich Sports Complex.

Following Friday’s matchup against the Midshipmen, Lehigh will travel to Hamilton, NY to take on Colgate on Wednesday, Oct. 12. Opening kickoff is scheduled for 7 pm and the game will be streamed on ESPN+.

If you’re surprised by the anti-work movement, maybe you need to watch more movies | Opinion