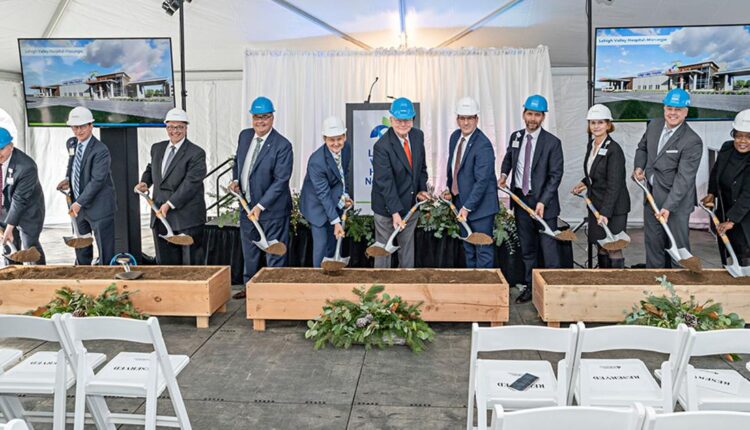 This “neighborhood hospital” is a first of its kind for them. Smaller, suburban hospitals are the new trend that’s picking up steam.

A release from LVHN says the hospital, at the border with Macungie Borough, will help meet increasing demand for accessible, convenient ER and inpatient care.

“In 2030 we’re going to have a cost crisis in America,” LVHN President and CEO Brian Nester said. “Most Americans won’t be able to afford healthcare. We’re trying to be proactive and reduce that expensive care delivery model to something that’s more convenient, more accessible, and the same level of care at lower cost.”

LVHN reports the new 20,000 square foot hospital will have a full-service ER and a limited number of inpatient beds. It will be open 24 hours a day, seven days a week. It will have an 11-bed emergency room and 10 in-patient beds.

Other in-house hospital services will include lab, imaging and pharmacy. Imaging services, including X-ray, ultrasound, CT scan and MRI, also will be offered on an outpatient basis.

Nester calls it a convenient, new style of medical care that lowers costs.

“There’s a need in the market for facilities sort of in between urgent care facilities and larger hospitals,” said Lehigh University Healthcare Economist, Chad Meyerhoefer. He says smaller hospitals in suburban communities are a relatively new trend that shows potential to increase productivity, but the data is still new.

“Facilities like this address the problem of overcrowding at large, urban hospitals because typically those hospitals have a large catchment area that expands into the suburban areas.”​

LVHN says it is planning several other similar hospitals in the region.

“We see others,” Nester said. “We have several on the books already that we’re hopeful in next three to 5 years, will open,” Nester said. “Just like this campus, but maybe a little different because we customize them to the community.”

The Lower Masungie campus will also have a multi-story health center.

The project will be completed in about a year.

More U.S. counties lack a clear racial majority (And people are getting along pretty well)