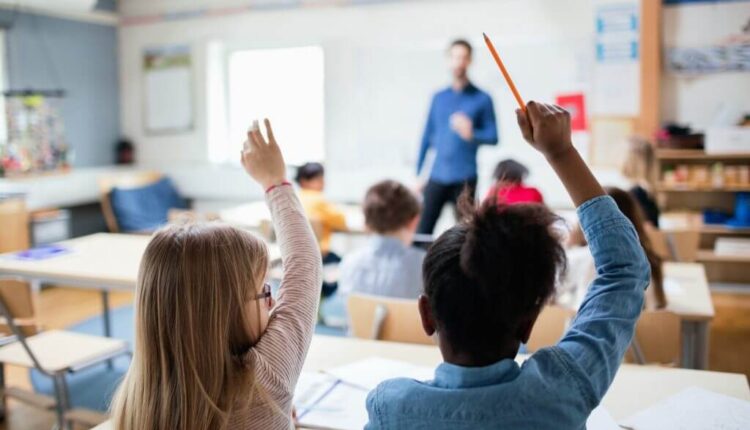 Philadelphia students’ scores this year on state standardized tests dipped from pre-pandemic levels in 2019, underscoring the gap between the district’s current performance and its long-term academic targets, according to a Chalkbeat analysis.

Those drops highlight the pandemic’s disruptions to students and schools since early 2020; schools in Philadelphia did not fully reopen for in-person instruction until the 2021-22 school year. The scores also show how hard it will be for Philadelphia to meet the targets it set for the past school year, and for the next several years.

In late 2020, as part of a multi-year plan, the district set a goal that by 2026, 52 percent of students in grades 3-8 would achieve proficiency on the state math exam. Its interim proficiency target on the math exam for the 2021-22 school year was 28.7 percent. The actual rate for the year was 12.5 percentage points lower.

The district also set a goal that by 2026, 65 percent of students would achieve proficiency on the state ELA exam, with an interim target of 42.5 percent for 2021-22. The actual rate for 2021 came in 7.8 percentage points below that.

To emphasize the importance of students achieving proficiency in reading by third grade — a key benchmark for many researchers and policymakers — the district also set a specific goal for 62 percent of third graders to score proficient on the state exam by 2026. Just 28.2 percent of Philadelphia third graders scored proficient or better on the PSSA this year, compared with 32.5 percent in 2019. The interim target for this year’s PSSA was 39.3 percent proficient.

Philadelphia school officials have yet to officially release district-wide PSSA results. But the Pennsylvania Department of Education published results for individual schools across the state. Chalkbeat’s analysis of the Philadelphia district results is based on that school-level PSSA information, which suppresses proficiency data for groups in which fewer than 11 students took a particular test.

The district declined to validate or otherwise comment on Chalkbeat’s analysis on Monday.

Pennsylvania did not administer the PSSA in 2020 due to COVID. Although the state did give the PSSA in 2021, officials warned that student participation was relatively low due to COVID-related disruptions, and that therefore results were not truly comparable to scores from 2019 and previous years. However, those 2021 scores did show notable declines in proficiency from 2019.

To a certain extent, the scores are similar to Philadelphia’s results this year on the National Assessment of Educational Progress, a federally administered, high-profile series of tests commonly known as NAEP.

Philadelphia’s fourth and eighth grade reading and math scores either declined or did not significantly change on NAEP this year compared with 2019 NAEP results. The only statistically significant decline on NAEP in Philadelphia from 2019 to 2022 was in fourth grade math.

Statewide scores on the PSSA, which Pennsylvania released Nov. 28, also reflect the struggles of the last few years.

Eric Hagarty, Pennsylvania’s acting secretary of education, acknowledged in a statement that scores statewide have not rebounded to pre-COVID levels. But he also said that “student performance is generally improving year-over-year” and that schools are working hard to help students recover from COVID’s effects.

“We expect student performance will continue to improve as students and educators proceed with a more normalized, uninterrupted year of in-person learning,” Hagarty said.

Andrew Ujifusa is a story editor at Chalkbeat, where this story first appeared. Readers may email him at [email protected]. Chalkbeat Philadelphia Senior Writer Dale Mezzacappa contributed to this story. Chalkbeat is a nonprofit news site covering educational change in public schools.