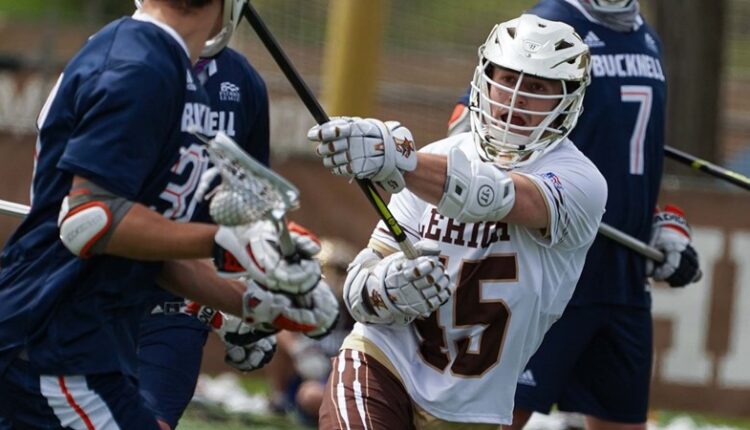 BETHLEHEM, Pennsylvania – Lehigh Men’s Lacrosse Graduate Student Teddy Leggett became the fourth player in program history (all in recent years) to be selected in the National Lacrosse League Draft, having been selected in the sixth round by the San Diego Seals (Aug. . overall) on Saturday evening. The long stick midfielder / defender excelled at fielding for the Mountain Hawks while growing up in Canada, where indoor play is extremely popular.

Before Leggett, Tristan Rai was selected by the New England Black Wolves in the 2019 fifth round, Nolan Apers was selected by the Georgia Swarm in the fifth round in 2018, and Dan Taylor became the first player in program history to be drafted when he left into the second round (12th overall) of the Saskatchewan Rush in 2015. Taylor won an NLL championship with the 2016 Rush.

Leggett was the only Patriot League player selected on Saturday night.

Under Leggett’s indoor lacrosse experience, he was a member of the Six Nations Arrows of the Ontario Lacrosse Association (OLA) Junior “A” Lacrosse League, which was the top seed in the 2017 Minto Cup, the Canadian Junior “A”. national lacrosse championship.

Leggett has returned to Lehigh for a fifth year in 2021-22; After completing his bachelor’s degree in bioengineering, he enrolled in the master’s degree in Healthcare Systems Engineering. As a finalist for the prestigious Senior CLASS Award (which was also named First Team Senior CLASS All-American), Leggett has impressed in every area of ​​his student-athlete experience. He is already a two-time captain and was named the second team of the All-Patriot League every three years the awards were presented (they were not awarded after the 2020 season shortened by the pandemic). As a senior in 2021, Leggett led the Mountain Hawks in generated sales (15) and finished runner-up at Groundballs (43). With 209 career groundballs, it ranks sixth in the history of the program in this category.