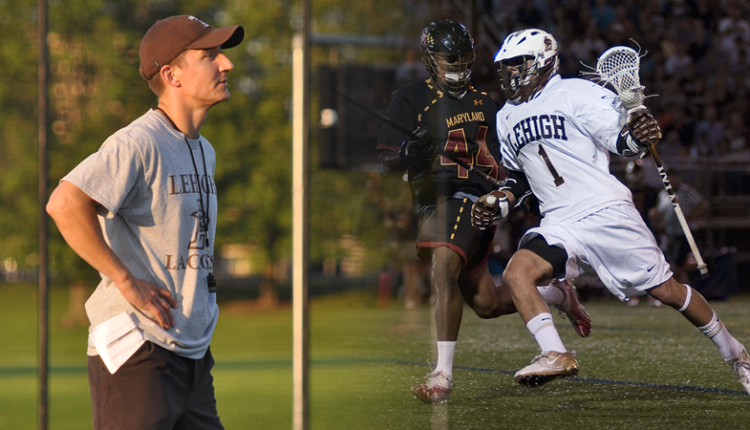 Cassese Announces Additions of Fossner and DiMaria to Staff

BETHLEHEM, Pa. – Kevin Cassese, Lehigh men’s lacrosse head coach, announced the addition of Noah Fossner and David DiMaria to the staff on Friday. Fossner joins as assistant coach while DiMaria, a 2013 Lehigh lacrosse graduate, will serve as director of operations.

After four seasons, Fossner will serve as Lehigh’s goalkeeping coach and assistant defensive coordinator at his alma mater, the University of Delaware. The former All-American goalkeeper coached a Blue Hens defense that ranked in the top 20 nationally in 2019, 2020 and 2021 – including ninth place at the end of the 2019 and 2020 seasons. In 2021, Delaware led the CAA on goals against the average and the savings percentage. Fossner coached goalkeeper Matt DeLuca, who won multiple All America awards and was in the top 15 for savings percentage. Fossner also coached defender Owen Grant, who was CAA Defensive Player of the Year in 2021.

Fossner has a wealth of experience. Prior to his time in Delaware, he was Harvard’s Lacrosse Operations Coordinator for the 2016-17 school year, overseeing the day-to-day operations of the Crimson. The year before, he was volunteer assistant coach and goalkeeping coach at Boston University when junior goalkeeper Christian Carson-Banister took first place in several categories in the Patriot League. Before joining BU, Fossner was an assistant coach and defensive coordinator in Delaware. He held his first coaching position from July 2011 to August 2013 at Rutgers as a volunteer assistant coach. There Fossner was in charge of Kris Alleyne, who was named Goalkeeper of the Year by Big East as a real newcomer.

As a player, Fossner was a starter and team captain for three years, three-time CAA champion, three-time participation in the NCAA tournament and 2017 NCAA semi-finalist. Fossner played 51 career games and 3,003 minutes, scored 552 saves and enabled 483 goals. He ranks second all-time in Delaware in career minutes played, third on career goals against average (9.65) and sixth on career parades (552).

Also new to the team is a familiar face as former Lehigh All-American David DiMaria ’13 returns to the program as Director of Operations. As a player, DiMaria was a crucial part of Lehigh’s initial breakthrough as a program, scoring 47 points on the team in Lehigh’s 14-3 season in 2012, which included the very first Patriot League Tournament Championship and NCAA tournament course. A year later, DiMaria was named a Tewaaraton Award nominee, scoring 73 points through 33 goals and 40 assists as the Mountain Hawks won consecutive Patriot League Tournament Championships and a return to the NCAA tournament. DiMaria was named the Patriot League Tournament MVP in 2013 and also served as the team captain. DiMaria ranks second in program history for career aids (117) and third for career points (205). He was later called up to the Patriot League 25th Anniversary Team and drafted in the 2013 Entry Draft by the Boston Cannons of Major League Lacrosse.

DiMaria is returning to Lehigh Lacrosse after several years in the sales industry in the New York City area, most recently as Northeast Sales Manager at AtmosAir Solutions and as sales specialist for surgery and orthobiology at Zimmer Biomet.