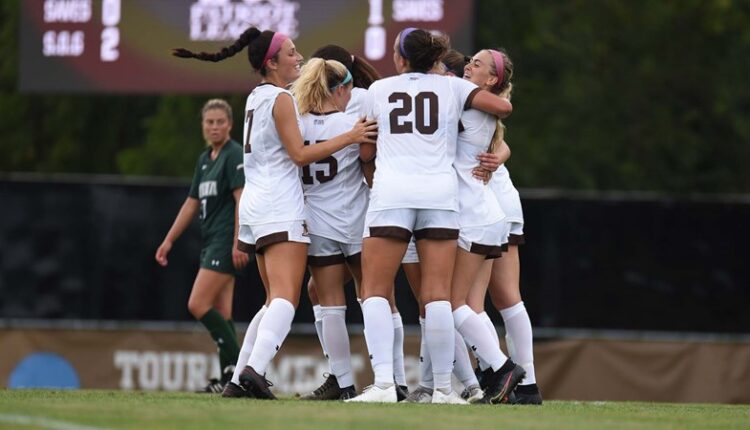 BETHLEHEM, Pennsylvania – After a weekend of high points, the Lehigh women’s soccer team returns to the Ulrich Sports Complex on Saturday to host Army West Point for both sides as the Patriot League kicks off. The opening start is scheduled for 5 p.m. on ESPN + as the first game of a Lehigh football double-headed (before the men greet Loyola at 7:30 a.m.).

Last time the Mountain Hawks lost a 1-0 final at Seton Hall. In a balanced duel, the Pirates scored the only goal of the game in the third minute. Lehigh fired five shots on goal at the last 26:53 of the game but failed to equalize.

So far, Lehigh is 2-0 in the overall standings, but 0-4 on the road. The Mountain Hawks have scored six goals in their two games, including four against Wagner last Thursday. Lehigh’s four-goal lead (4-0 win) was the Mountain Hawks’ largest since 2016. Junior Julianna Bonner scored her first two goals in 8:44 when she was named Patriot League midfielder of the week.

Army West Point stands 3-3-1 overall in a home competition against the Air Force on Thursday – 3-1-0 at home and 0-2-1 on the road. After three wins in a row (against Marist, Saint Peter’s and William & Mary), the Black Knights lost in Vermont and then played goalless in Vermont. Dara Murray leads the team on points with five through two goals and one assist. Trinity Garay also has two goals while Jasmine Talley scores one goal and leads two assists. Two goalkeepers have each started several games; Taylor Stalheim has 1.69 goals against the average and 73.1 save percent in four starts, while Sage Strohman has 0.31 GAA and 95.2 save percent in three starts.

After Saturday’s game, Lehigh returns on Wednesday when it travels to Lafayette to face the leopards. The game time on ESPN + is set to 7:00 p.m.