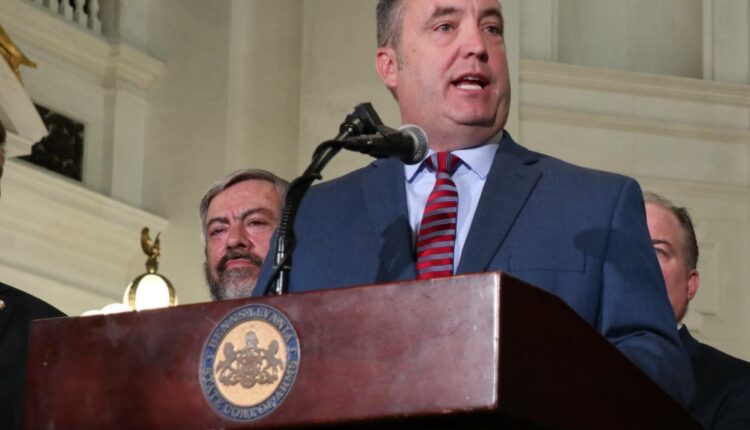 The 2020 election results are certified, but some Pennsylvania lawmakers — and supporters of the former president — have not moved on, resulting in what’ll likely be a lengthy and expensive review.

The Pennsylvania Senate is launching an investigation into the 2020 general and 2021 primary elections. The goal is to “uncover information” so the Republican-controlled Legislature can potentially act to improve the electoral process, Sen. Cris Dush, R-Jefferson, now responsible for leading the probe, said.

Two post-election reviews — a statistical sample required by law and a risk-limiting audit — were conducted after the 2020 election in Pennsylvania. Sixty-three out of 67 total counties participated in the risk-limiting audit pilot, and neither assessment found evidence of fraud.

Certified results show that former President Donald Trump lost the 2020 election by 80,555 votes in Pennsylvania. In the same cycle, Republicans triumphed in state races — maintaining their legislative majorities in Harrisburg.

But a months-long campaign, launched by Trump and embraced by supporters, has cast doubt on election integrity. And despite no evidence to prove claims of fraud, the Pennsylvania GOP has decided to investigate using the Senate Intergovernmental Operations Committee.

“Sometimes Republicans win. Sometimes Democrats win,” Senate President Pro Tempore Jake Corman, R-Centre, told the Capital-Star. “We all move on. But if you don’t have faith in the results, you fracture your democracy.”

During an interview last week with Pittsburgh media personality Wendy Bell, Corman said he doesn’t “necessarily have faith in the results” of the 2020 election. He added that there were “many problems” the General Assembly needs to evaluate, including actions made by the Department of State under former Secretary of State Kathy Boockvar and now acting Secretary Veronica Degraffenreid.

Though details about the scope, cost, and timeline of the investigation aren’t final, here’s what we know so far:

What kind of review is the GOP embracing, and what’s the scope?

When Sen. Doug Mastriano, R-Franklin, was leading the investigation, he looked to the GOP-backed election review in Arizona — a controversial probe carried out by a cybersecurity company with no experience auditing elections.

He and Dush, joined by state Rep. Rob Kauffman, R-Franklin, toured the facility hosting the review earlier this summer.

But now that Mastriano, a Trump ally, is no longer in charge, it’s unclear what the model will be.

Jason Thompson, a spokesperson for Corman, said Senate leadership is still working on the scope of the review. He told the Capital-Star that the Senate Intergovernmental Operations Committee will also incorporate hearings conducted by the Senate State Government Committee, which began last week, as part of the investigation.

Corman has promised a “hundred percent” commitment to a full forensic investigation. Though he did not join the trio of lawmakers on their Arizona trip, Corman said he has been in communication with Arizona Senate President Karen Fann and Senate President Pro Tempore Vince Leach, both Republicans.

Dush, whose office deferred all questions about the investigation to Corman’s staff, told PennLive the review would include a mix of lessons learned from Arizona. In a statement, Dush said all evidence will be treated as such “and not as a means of obtaining publicity.”

“You may be frustrated with not hearing updates as quickly as you would like, but there is an investigative need to hold that evidence until the review is complete,” he said.

When will the review start?

Thompson said hearings about the investigation could start this week, but they’ll likely begin the following week.

With an active directive from the Department of State that prohibits third-party access to election equipment, the review likely will face roadblocks. Corman said Senate leadership is researching to prepare for legal challenges, citing a state Supreme Court “that’s dying to shut us down.”

“We have to make sure legally we are on the right spot, so we can absorb a challenge, which we will get,” Corman told Bell.

Who is paying for the investigation, and how much will it cost?

Taxpayer money will fund the review, Thompson confirmed. However, the exact cost has yet to be determined.

“Trying to even pin down a ballpark is very difficult because there are so many factors that we still need to decide upon in terms of the scope of the investigation, how it’s going to be conducted,” he added. “We’re talking with different vendors that might be able to come in and help with that.”

The three Pennsylvania counties originally targeted in the review — Tioga, York, and Philadelphia — expressed concern about costs of compliance, citing possible decertification of election equipment if they participated. Philadelphia County estimated that it would cost more than $35 million to replace county voting machines.

What is the end goal?

In a self-published op-Ed, Corman said the investigation is not meant to conduct a recount, “but to find any flaws in the system that could be exploited by bad actors and take action to correct those flaws through legislative changes to our Election Code.”

“Our goal should be to proceed carefully, thoughtfully, and transparently,” he said. “I am not interested in a process that panders to any one point of view. We need to follow the evidence wherever it leads and get real results to make our election system stronger and more secure.”

Will Mastriano have a role in the probe?

Since having his staff reassigned and Senate Intergovernmental Operations Committee chairmanship stripped by Corman, Mastriano has kept quiet about his role in the newly restructured investigation.

As of Friday, Mastriano is still a member of the 11-member panel that’s leading the review. But since Dush took over as Senate Intergovernmental Operations chairman, Mastriano said he has “little confidence that a real investigation will ever take place.”

During a Thursday night Facebook Live, Mastriano, who was reflecting on recent events in Afghanistan, paused to mention the election investigation.

Addressing several hundred viewers, he said: “I know there’s a lot of things and a lot of questions on what’s going on domestically in Pennsylvania regarding the audit — the forensic investigation — but we’ll talk about that another time.”