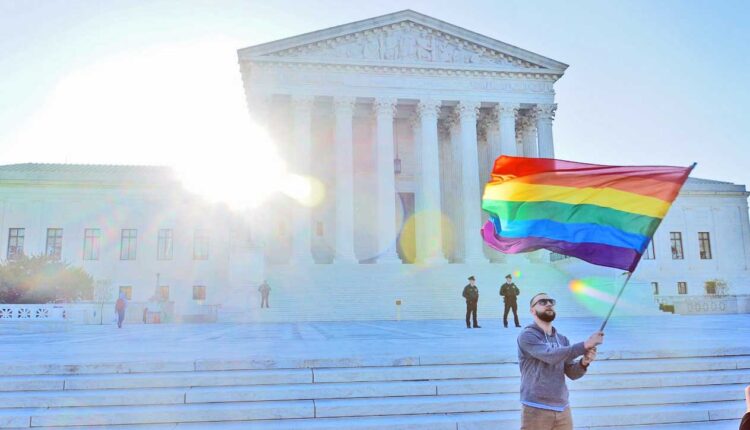 For two decades, LGBTQ rights activists like me across the commonwealth have been waiting for the state legislature to take action and finally protect all Pennsylvanians from discrimination. In each legislative session since 2001, some lawmakers have proposed legislation that would make it illegal to discriminate against a person because of that person’s sexual orientation or gender identity.

According to state Rep. Dan Frankel, D-Allegheny, these proposed bills have only once received a vote in committee — twenty years later, we are still waiting. Pennsylvania is among 27 states that have yet to pass a statewide law prohibiting discrimination based on sexual orientation or gender identity.

Whether it’s at home, in schools, at work, or even during the simplest of daily activities like riding the bus or using public restrooms, everyone should be able to live free from discrimination.

We all deserve the chance to thrive in an environment where we have the safety and security to flourish in our identity.

These executive actions are a win for all LGBTQ Pennsylvanians.

The governor’s orders follow more than 65 municipalities across the commonwealth have implemented local non-discrimination ordinances that include protections for LGBTQ people.

Now, it’s time for the legislature to take action.

The Equality Caucus in the Pennsylvania House of Representatives has reintroduced the Pennsylvania Fairness Act. This legislation would outlaw the mistreatment and discrimination against a person based on their gender identity or sexual orientation.

This should not be a partisan issue. Republican state Senator Pat Browne has introduced his own version of a nondiscrimination legislation that includes sexual orientation and gender identity for more than ten years.

As with Rep. Frankel’s efforts, state Sen. Pat Browne’s, R-Lehigh, proposed legislation has never made it out of committee.

The U.S. Supreme Court’s 2020 landmark decision in Bostock v. Clayton County extended nondiscrimination protections to LGBTQ people nationwide. But that historic decision fails to offer protection against discrimination in public accommodations — the businesses and institutions we all patronize everyday.

Our elected officials have an obligation to their constituents to no longer allow the loopholes of an individual interpretation of the current law to allow bias and prejudice towards any resident of the commonwealth.

We urge all state legislators to commit to the passage of the Fairness Act and to move swiftly to get the bill to the governor’s desk. It’s the right thing to do. And it’s long overdue.

Naiymah Sanchez is the Trans Justice Program Coordinator at the ACLU of Pennsylvania.

Why the murder rate is rising — and what we can do about it | John A. Tures