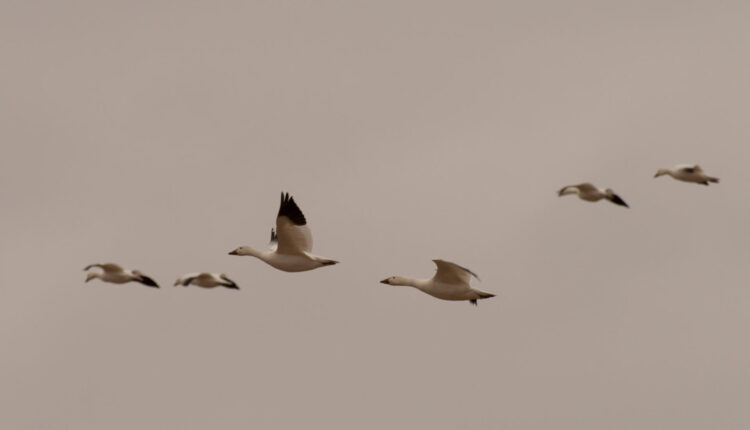 When the Biden administration announced changes to the Endangered Species Act earlier this month that expanded protections for more than 2,500 species across the nation, such familiar Pennsylvania backyard birds as warblers, robins and sparrows, also indirectly benefited.

Because many bird species are ecological indicators of an environment’s wellbeing, the expanded protections underscore the need to keep resident and migratory birds of concern off the endangered species list in the first place, according to researchers.

With about 243 resident species of birds calling Pennsylvania home and 186 species breeding in the state regularly, Pennsylvania is an important place for birds – migratory and residential – because its large swaths of forests and undeveloped land make it a prime spot for bird populations to call home.

“We’re super-important because of the large amount of forest and habitat that we still have,” Margaret Brittingham, professor of Wildlife Resources at Penn State, told the Capital-Star.

The presence of those birds, such as warblers, sparrows and birds of prey, Brittingham said, are an “indicator” not only of the presence of other crucial species, but also for the health of the environment.

“The presence of certain species can show the quality of an area or habitat,” Brittingham said. “All of the species are working together, you remove a piece, you lose the natural ecological control.”

Pennsylvania’s myriad bird species are studied as indicators for the health and wellbeing of other species and the environment because they are much more visible than some animals,  and easily recognizable by their distinct vocalizations, offering researchers plenty of opportunities for observation.

From urban sprawl to habitat loss and fragmentation to climate change, bird populations face no shortage of threats in Pennsylvania and beyond.

More than half (58 percent) of Pennsylvania is covered by forests, totaling more than 16 million acres, according to a 2015 study conducted by the United States Department of Agriculture.

But having large swaths of forests, doesn’t mean Pennsylvania is “out of the woods” when it comes to protecting birds and other vulnerable species.

“We’re really an important regional piece,” Brittingham told the Capital-Star. “We need to keep it that way and we need to do better where we can.”

The action plan serves as a blueprint created to prevent Pennsylvania species from requiring federal protections under the Endangered Species Act.

Currently, two Pennsylvania birds, the Red Knot and Eastern Black Rail, are registered as “threatened” on the federal registry, according to U.S Fish & Wildlife data. A third, the Piping Plover, is considered “endangered.”

But there are other ways Pennsylvanians can help protect birds and other critical species.

“There are tons and tons of things we can do at every level,” Brittingham told the Capital-Star.

One way Pennsylvanians can help is by choosing to landscape with native plants to ensure insects – birds main food source – remain present.

In addition to landscaping with native plants, Brittingham said setting aside areas on farms and in yards to be “natural” can aid struggling species, but noted that it requires “getting out of that mindset of everything [needing to be] mowed.”

“There’s lots of evidence that we can make a difference if we do something about it,” she said. “We need these species. They are providing us with a ton of ecological services. We can’t afford to not do this.”

I’m a child of Holocaust survivors. We have to stop our slide into…

I’m a child of Holocaust survivors. We have to stop…